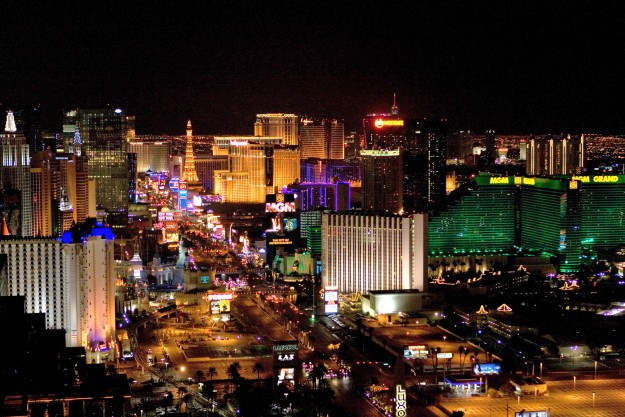 The casino gaming industry is doubling down on political events next week, looking to flex its economic muscle at the first Democratic presidential primary debate in Las Vegas on Tuesday and at an event in Wheat Ridge ahead of the next Republican debate in Boulder on Oct. 28.

According to the industry lobbying group American Gaming Association (AGA), Republican Sen. Cory Gardner and U.S. Rep. Scott Tipton will participate in a roundtable on gaming issues Wednesday at Gaming Laboratories International (GLI) in Wheat Ridge. GLI is a local tech firm that tests and certifies gaming machines for manufacturers and casinos around the world.

The nation’s gaming industry generates $240 billion in economic activity a year and employs 1.7 million people, according to the AGA. In Colorado, the state’s 37 casinos employ 10,355 people with an overall economic impact of more than $1.5 billion.

“It’s incumbent on us to share that story so that the policymakers are fully informed as they consider how to treat the gaming industry, as they consider whether this industry can be an asset in local communities or whether the industry is a challenge to what they’re trying to accomplish,” AGA President and CEO Geoff Freeman told The Colorado Statesman.

For the first time in its history, the AGA has launched a political initiative called Gaming Votes aimed at educating voters and candidates on the economic influence of the gaming industry, countering negative stereotypes and tapping into the voting power of casino workers – particularly in battleground states like Colorado and Nevada.

“Our goal is not the expansion of gaming; our goal is the understanding of gaming,” Freeman said. “Public policy is a direct descendant of public perception, and that’s why addressing perception is so important to us.”

“He felt that [Las Vegas] was a poor place for people to be doing business,” Freeman said. “That wasn’t a matter of public policy; that was a point of view that had a massive detrimental effect.”

Obama was directing his comments at Wall Street executives accepting government bailout money when he told them not to travel to Las Vegas on their corporate jets. But Freeman says “antiquated notions” of how his industry operates are all too pervasive in both political parties.

That’s why the AGA will also be in Nevada for the first Democratic debate, which will be held Tuesday at the Wynn casino in Las Vegas.

Wynn Resorts CEO Steve Wynn issued a statement about the political persuasion of his employees:

“Ours is a team of great diversity, representing every race, gender, religion, sexual orientation and political philosophy,” Wynn said. “To have the privilege of being intimately involved in the American political process by hosting this debate is a moment of great pride and excitement for all of us.”

Freeman says the AGA isn’t pushing a specific agenda at either political event, but instead hopes to contribute to “a host of polices at the federal and state level.”

One hot topic of late has been the gray area he says fantasy football leagues operate in as games of skill versus games of chance. Lack of regulation has led to accusations of insider influence and prompted a probe by the New York attorney general.

“If fantasy is something that has tapped into consumer interest, we think that the brands associated with our businesses would do very, very well offering that to their customers, but right now, because it’s a gray area, our highly regulated businesses are not comfortable getting into that space, and so that’s something that we have to look out for,” Freeman said.

In Colorado, the AGA is concerned about the continued operation of illegal gaming companies profiting from so-called “cybercafes” and Internet sweepstakes operations.

The Colorado Attorney General’s Office issued an opinion last year declaring cybercafés illegal, and the Colorado Legislature codified that finding with a bill that passed last session, but the operations continue to crop up around the state.

“Illegal gambling is a stain on our industry, and it’s a stain on those states in which it is taking place,” Freeman said. “We’d be eager to work with the attorney general in Colorado and provide any assistance we can in this area as we have done in some other areas to kind of tighten the laws.”

Roger Hudson, spokesman for Colorado Attorney General Cynthia Coffman, says the AG’s office, the Colorado Bureau of Investigation and other local law enforcement agencies have had success shutting down illegal gambling, including card rooms and cybercafes.

“These enforcement actions protect the general public from unregulated gaming operations, as well as legitimate gaming businesses that should not have to compete for revenues against illegal and unlicensed businesses,” Hudson told The Statesman. “These enforcement efforts are ongoing, since there are always new and creative illegal gambling schemes taking hold across the country which eventually find their way to Colorado.”