The Vail Valley Foundation on Tuesday announced it has promoted Duncan Horner, formerly the vice president of marketing and communications for the nonprofit cultural, education and events organization, to the role of executive director at the Vilar Performing Arts Center. Here’s the full press release from the Vail Valley Foundation:

The Vilar Performing Arts Center (VPAC) has brought music, comedy, opera, theater, dance, Broadway and more to Beaver Creek Village – and the valley as a whole – for more than 18 years, and become a treasured cultural institution in the meantime. 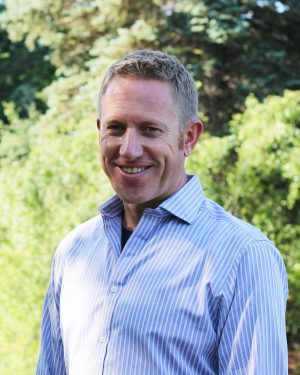 “What began as a national search has appropriately ended with the discovery of the best possible candidate right here within our own community and organization,” said Mike Imhof, president and CEO of the Vail Valley Foundation. “The importance of VPAC leadership is paramount. During our search we realized that an individual who knows and loves our community, understands our organization, and understands the vision and direction of VPAC, was the best path forward for all stakeholders.”

Horner, in his previous role, worked closely with VPAC staff since late 2011. He oversaw its marketing and communications and played an integral role in collaboration with, and in support of the previous executive director and VPAC team.

“The Vilar Performing Arts Center is a place that I’ve come to greatly admire, and I step into this exciting opportunity with a tremendous amount of respect for its legacy and its role in our community,” Horner said. “We have at our advantage a very strong team that is currently in place, a committed board, incredible donors, and a supportive community. I look forward to working with all of them as we usher the theater into this new chapter.”

Horner said he aspires to bring his history of experience, leadership and organization to the VPAC to set it up for future success, and that he would continue to draw a diverse range of big name artists, and allow for the cultural enrichment that distinguishes the valley as a world-class mountain community.

Horner brings a wealth of experience to the job. During his five-year tenure at the Vail Valley Foundation, he led the marketing and communications efforts for YouthPower365, the Vail Dance Festival, the 2015 Alpine World Ski Championships, Birds Of Prey World Cup race week, and the GoPro Mountain Games. He also recently led the VPAC to new heights, helping the theater exceed ticket revenue goals over the past two seasons.

Horner originally hails from Lincolnshire, England.  After graduating from business school, Horner went on to live in five different countries, fulfilling several different roles in sales, marketing and consultancy. In his late 20s he began working for established international brands, helping them find unprecedented growth in highly-competitive markets. It was in this role that he established strong ties with the Vail Valley, which eventually led him to his role at the Vail Valley Foundation in 2011.

Horner’s appreciation for the performing arts has been constant throughout his life. It began at a young age, when he embraced amateur drama and performed regularly in musical ensembles. One of his most memorable moments was performing in front of Queen Elizabeth II at Royal Albert Hall in London as the senior head chorister for the St. James Church of Louth, Lincolnshire.

“Exposure to the performing arts at a young age brings a lifelong benefit to all of us who were so fortunate to have that experience,” Horner said. “Through our STARS programming, and all our community outreach, we will continue to bring engaging entertainment to audiences of all ages, ensuring a bright future for our theater and for the performing arts in general.”

Horner currently lives in Eagle-Vail with his wife, Shana, and children Zaria and Calum.