Gov. John Hickenlooper today announced the state’s commitment of more than $100 million over the next four years to enhance Colorado’s ability to become the best state to ride a bike. 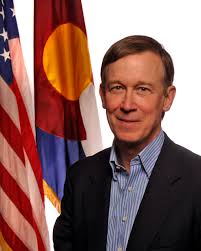 “Our goal is to make Colorado the best state for biking in the country,” said Hickenlooper. “These investments will help fuel our economic growth and tourism industry, move us toward a cleaner environment and advance our goal of being the healthiest state in the nation.”

Colorado is often ranked the fittest state, and was recently ranked the most physically active state in the country. Even with these stats, Colorado has an obesity rate of more than 21 percent, up from 16 percent in 2004. In addition, a nationwide study found that kids are only spending 4-7 minutes outside in unstructured play every day, but are spending 7-10 hours a day staring at screens. Biking is one of the ways Colorado is aiming to change these stats.

The four year plan and $100 million budget will allow Colorado to add bicycle and pedestrian infrastructure, better understand and market the cycling industry and support awareness and education efforts to promote safety.

“We want to encourage riders of all shapes, sizes and abilities and make biking as safe and accessible as possible statewide,” said Ken Gart, Colorado’s bike czar. “With more than 5,000 miles of biking trails throughout the state, and events like Pedal The Plains and the USA Pro Challenge, Colorado is poised to take this lead.”

The Colorado Pedals Project, Bicycle Colorado, Great Outdoors Colorado, and many more are working with the Colorado Department of Transportation (CDOT), Office of Economic Development, Colorado Tourism Office, and other state agencies, to develop the overall strategy, distribute money, and accomplish shared goals.

CDOT is committed to spend at least 2.5 percent of its construction budget on bike and pedestrian programs including infrastructure.

“Coloradans have put a high priority on providing choice in how they get from A to B, whether for commuting or for recreation, and cycling for many is a key alternative,” said Shailen Bhatt, executive director of the Colorado Department of Transportation. “At CDOT we believe that including cycling plans into road planning and construction will help us reduce congestion and contribute to solving the transportation challenges facing the Colorado.”

“GOCO is excited to be a part of this new initiative and any opportunity to leverage funding to provide places for people to get outside from the backyard to the backcountry,” said Lise Aangeenbrug, GOCO executive director.

Bicycle Colorado, one of the first statewide bicycle advocacy groups in the nation, and now the largest, encourages and promotes bicycling, increased safety, improved conditions and provides a voice for people who ride bicycles in Colorado.

“Bicycle Colorado is excited that more children, families and new cyclists will ride thanks to the improvements this funding will provide,” said Dan Grunig, Bicycle Colorado executive director. “Improved health and a stronger economy are other perks to come from this investment in better bicycling.”

Hickenlooper made the announcement at the Interbike Conference, the largest bicycle trade event in North America, bringing together manufacturers, retailers, industry advocates and media to conduct the business of cycling. He is the first governor to ever speak at the conference.