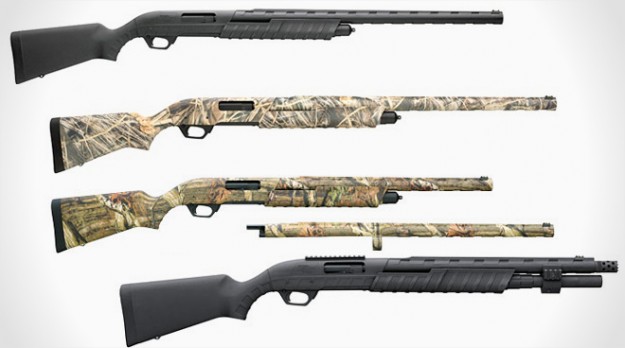 Some law enforcement officials say shotguns like these are better home-protection weapons than assault rifles.

A Bushmaster AR-15 assault rifle was used in a massacre of 20 elementary school students at Sandy Hook Elementary School in Newtown, Conn., in late 2012. That weapon has been banned in Vail since 1995.

In July of 2012, a mass murderer used a 100-round magazine to kill 12 people at a movie theater in Aurora. That magazine is now banned in Colorado.

Tighter gun laws passed by the Colorado State Legislature in 2013 in the wake of those two massacres were bitterly protested by gun-rights advocates but signed into law by Democratic Gov. John Hickenlooper, and they’ve survived two sessions of Republican challenges.

Nationally, however, Congress wasn’t even able to pass a law requiring universal background checks for gun buyers – something supported by a majority of American gun owners. Forget about reinstating the long-expired federal assault weapons ban.

In Colorado, gun-safety legislation was a key campaign issue last November in the hotly contested state Senate race for the district that includes Vail – a race ultimately won by gun-owning Democrat Kerry Donovan.

It’s debatable how powerful the gun lobby remains and how much sway it has over politicians after more than 140 school shootings since Sandy Hook, but it’s clear that the gun-control debate will rage on in the Centennial State despite some of the highest-profile mass killings in U.S. history.

A national group pushing for gun safety, Everytown.org, has its own ideas about steps President Barack Obama can take without Congress, which is entirely gridlocked on the issue. In Vail, opinions differ widely between various law enforcement agencies.

Real Vail has been re-posting a serious of articles written in early 2013 in the wake of the Sandy Hook slaughter, including this interview with then Eagle County Sheriff Joe Hoy, who was ousted in the Republican primary in June of 2014 by current Sheriff James van Beek. Here’s that story: 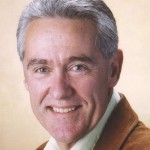 Eagle County Sheriff Joe Hoy says he fully supports a 2013 position paper produced by the County Sheriff’s of Colorado, which rejects state and federal calls for a ban on assault weapons and high-capacity magazines in the wake of mass shootings in Aurora and Newtown.

County Sheriff’s of Colorado (CSOC), which says it “represents Colorado’s 62 elected sheriffs,” drafted the position paper after its recent winter conference in response to the call for more gun regulations after massacres at Sandy Hook Elementary School and the Century Theater in Aurora.

“…We do not believe that these tragedies should be used as the backdrop to advance gun control legislation,” the CSOC paper (pdf) reads.

“All in all I agree with the position of CSOC,” Hoy said. “At the [winter conference] it was also agree upon that we should be the voice of reason and that there shouldn’t be any legislation passed immediately — that we understand the horror and the insult to the national conscience about what’s been going on.

“But we felt strongly that any legislation should be discussed out of reasoning and logic and not out of an emotional response.”

Hoy says gun ownership is a right and a freedom under the Second Amendment to the U.S. Constitution, and he questions the definition of “assault weapons” and wonders why an arbitrary number of bullets should be designated as the limit for magazines.

Such limitations could have an economic impact on gun and gun accessory manufacturers, he worries, and people should have the right to own whatever type of weapon they choose for lawful activities such as home protection, sport shooting and collecting.

That view runs counter to the position of Vail Police Chief Dwight Henninger, who said he supports a federal ban on military-style assault weapons with high-capacity magazines similar to an ordinance on the books in Vail since being passed by voters in 1995. A federal assault-weapons ban was instituted in 1994 but allowed to expire in 2004.

“No one’s talking about hunting rifles and handguns,” Henninger said. “We’re talking about assault rifles with high-capacity magazines that are really only made to kill people.”

The CSOC disagrees, stating: “The previous federal ban on so-called ‘assault weapons’ was confusing and cosmetic in nature. Guns considered scary such as those with a pistol grip were banned with no regard for actual gun operation.

“The term ‘assault weapon’ often is employed incorrectly to describe an ordinary semiautomatic rifle such as an AR-15, which millions of responsible Americans own without ever harming another person.”

A gunman used a .223-caliber Bushmaster AR-15 semiautomatic rifle to shoot and kill 20 first- and second-graders at Sandy Hook Elementary School in Newtown, Conn., in December.

“Being a former Vietnam vet, I’ve seen firsthand what some of these weapons can do. And I’ve been at debriefings for some of these horrendous mass shooting events where classified information was put out there,” Hoy said. “You walk away and you’ve got to say, ‘What the heck’s going on?’

“But I believe that we need to focus more on the human aspect of it and why mostly young men are reacting this way. What’s going on here?”

As for high-capacity magazines that contain more than the standard 10 rounds found in most semiautomatic pistols and were used in Aurora, Newtown and the Tucson mass shooting that severely injured U.S. Rep. Gabrielle Giffords two years ago, Hoy says, “I’ve personally kind of struggled with this one.

“If you outlaw them or limit them, if somebody really wants to find one, they’re going to find a way unless you really clamp down on the whole process.”

The CSOC states: “Law enforcement officers carry high-capacity magazines because there are times when 10 rounds might not be enough to end the threat. [CSOC] believes the same should hold true for civilians who wish to defend themselves, especially if attacked by multiple assailants.

“Also, we know that in high-pressure, high-adrenaline situations, people may not be as accurate with their shots. Thus they may need more ammunition to neutralize a threat. When seconds matter, [CSOC] does not want to deny a law-abiding citizen the ability to defend himself and his family based on an arbitrary limit on how many bullets should be in one magazine clip.”

But Hoy, while implicitly backing the CSOC position paper, says a semiautomatic, short-barreled 12-gauge shotgun would be his weapon of choice for home defense.

“I would do the shotgun thing because I guarantee you, anyone that comes through that door and they’re staring at the business end of a 12-gauge, they’re going to think twice, because they know that no matter where they move — up, down, left or right — if you pull the trigger, you’re pretty sure you’re going to get them.”

Still, just because a semiautomatic rifle wouldn’t be his first choice for home defense, Hoy says that should remain a matter of personal choice. However, people should seriously consider the ramifications of using a .223-caliber rifle for home defense, he added.

“If you have someone coming through your front door and you have a .223 and you go ahead and let them have it with a five- or six- or seven-shot trigger pull burst, that .223 will most likely go through the person, go through the wall and possibly go into your neighbor’s [house].

“And while you may be covered as far as what happens to that person who’s invading your home, I’m wondering if there’s a liability issue for the homeowner if their actions cause the injury or death of someone else — an innocent bystander.”