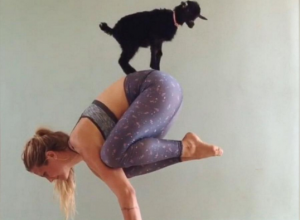 Yoga Girl Rachel Brathen (and maybe her goat) will be on hand at the 2016 Go Pro Mountain Games. With 1.8 million Instagram followers, Brathen has become one of the most well-known names in Yoga.

If you’re going to make an event a soaring success, it helps to have some of the world’s most popular people on hand.

That’s what the 2016 GoPro Mountain Games will do (once again) this year as they welcome Swedish native and world-famous ‘Yoga Girl’ Rachel Brathen to host two 90-minute yoga sessions on June 10 and June 11 at the Mountain Games, followed by a Q&A session. Tickets start at $40 for early registrants.

Brathen recently made a huge media splash with this incredible video of her doing Yoga with her baby pet goat, but the superstar also has 1.8 million followers on Instagram to boot.

Yoga Girl isn’t likely to be the only mountain sports and culture icon on hand when the Mountain Games get under way June 9-12 in Vail. Tom Boyd of the Vail Valley Foundation, which run the event, said this year’s Mountain Games are likely to host athletes like SUP sensation Kai Lenny,  kayak pro Rush Sturges, Kenyan marathoner Sammy Rotich, SUP world champion Izzi Gomez, and the Jackson family kayak crew.

The 2016 GoPro Mountain Games are scheduled for June 9-12, 2016, and more information is available at www.mountaingames.com.

“There will be some stellar pro athletes at the GoPro Mountain Games this year, but what we really love, and what makes this event special, is that regular ‘Joes’ like you and me can also get out there and toe the line with these folks, or paddle the play park with them, or whatever the case may be,” Boyd said. “People come from all around the region, and really the world, and have one of the great weekends of their summer and enjoy all aspects of what this event brings.”

The event brings a lot.

Along with Yoga Girl, there are more than 25 different competitions in nine disciplines, including trail running, half marathon, kayaking, SUP, rafting, mountain biking, road biking, disc golf, slacklining, fly fishing, DockDogs and photography – all of it taking place right here in Vail. 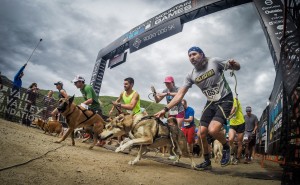 A new Superfeet Apres 5K is among several new events at the 2016 GoPro Mountain Games. The event will include the traditional Rocky Dog Trail run as a ‘wave’ of the event. Photo by Rick Lohre.

Early registration deals are available for those who register between now and March 15, 2016. Those who do will also be entered to win GoPro gear and other prizes. Registration is available at www.mountaingames.com.

Thousands of spectators are expected to rock Vail’s Mountain Plaza when the Chipotle IFSC Bouldering World Cup returns to town. The event has become a highlight of the GoPro Mountain Games, alongside legendary competitions like the Tudor Watch Ultimate River Challenge, the Kyocera Ultimate Mountain Challenge, the Coors Light Steep Creek Championship, the Slackline Invitational, the Volvo Road Bike Time Trial and of course, the Coors Light 8 Ball Kayak Sprint.

Not all the events are big and burly (the 8-ball competition, in particular, has gained a reputation as “not for the feint of heart”). In contrast, the inaugural Superfeet Après 5K offers a more casual companion to the classic Superfeet Trail 10k-ish this year, and a new-and-improved Mountain Mud Run will have exciting and challenging twists meant to invite competitors old and young to dive into the dirty action.

“We want to make sure there are events for folks who just want to break a sweat, and then get back to enjoying the weekend,” Boyd said.

Now in its second year, the Vibram Mountain Masters Disc Golf competition returns to town for spectator-friendly skills competitions, followed by the championship 9-hole round.

Music in the mountains 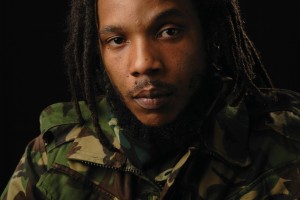 Stephen Marley will take the GoPro Mountains of Music Festival into the Gerald R. Ford Amphitheater this June as part of the 2016 GoPro Mountain Games.