Ski resort real-estate developer Harry Frampton praised the process that could one day bring the Winter Olympics to Colorado — lauding the efforts of the Denver and Colorado Winter Games Exploratory Committee – but he cautioned against overreach on the transportation front. 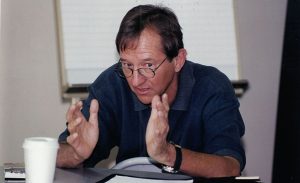 Frampton, who is not on the current committee but has served in the past, credits a dramatic philosophical shift in the International Olympic Committee (IOC) with making it possible for Colorado to once again be in the running if the United States Olympic Committee (USOC) decides to go after a future Winter Games.

“The good news is the IOC has recognized they’re going to have to be a far bigger supporter financially and in a lot of different ways and not leave these cities totally on their own, so I think the economics have a much higher chance of being successful,” said Frampton, who developed much of Beaver Creek and was key in landing three world alpine ski championships there.

On Friday, the Winter Games Exploratory Committee recommended that Denver and Colorado pursue hosting a future Olympic and Paralympic Winter Games if the USOC calls for U.S. bid cities, and Denver Mayor Michael Hancock and Colorado Gov. John Hickenlooper accepted the recommendation – with a couple of big conditions.

The new bid model Colorado would pursue calls for hosting the Games without any direct taxpayer funding, and it would require that any bid for future Games is endorsed by a statewide vote in 2020 or beyond. In 1972, Colorado voters rejected taxpayer funding after the IOC awarded Denver the 1976 Winter Games, which ultimately went to Innsbruck, Austria.

This time around the committee held numerous public input sessions, eliciting an estimated 30,000 “interactions” with Coloradans all over the state while closely studying the IOC’s Agenda 2020 and The New Norm, protocols that reform how the Olympic Games are delivered.

Those protocols were put in place after the $50 billion price tag of the 2014 Sochi Winter Olympics scared off numerous cities considering bids for the 2022 Winter Olympics, which were ultimately awarded to 2008 Summer Olympics host Beijing.

Admitting he has no real insider knowledge because he’s no longer on the committee, Frampton said he’s heard the IOC may kick in up to $900 million to bid cities. That kind of money would make hosting very feasible given Colorado’s existing sports infrastructure, he added.

But would it get bottlenecked Interstate 70 between Denver and Vail fixed, possibly adding a mountain ski train?

“That’s not going to happen. That amount of money is just too much and we’re not going to do that,” Frampton said of high-speed rail built for the Olympics in Sochi and Pyeongchang. “It does mean a lot of the infrastructure will get built and a lot of people clean up and fix up and improve. We certainly saw that happen in Salt Lake. They were able to get a lot of things done.”

Both Salt Lake City in 2002 [the last time the United State hosted the Winter Olympics] and Vancouver in 2010 dramatically improved highways between the cities and the ski resorts.

The price tag for a mountain rail system from Denver to the Eagle County Regional Airport has been estimated in the neighborhood of $16 billion. Frampton has long maintained Colorado doesn’t have the political will to fund such a massive infrastructure project.

A group calling itself NOlympics Colorado argued strongly for a public vote and a high-speed rail solution along I-70. The latest committee recommendation at least meets the public-vote criteria.

“Inspired by that new philosophy, Denver and Colorado’s Exploratory Committee developed a new financial model that would enable a future organizing committee to host the Games without requiring direct funding from any public entity or the taxpayers, nor would it rely upon government guarantees,” added Cohen, who’s also chairman and CEO of The IMA Financial Group.