The Eagle County Board of Commissioners has selected the former city manager of Westminster, Colo., as the next Eagle County manager. Brent McFall, 63, will begin in his new position on March 9. 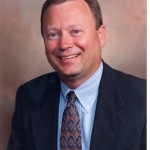 McFall was hired from an initial field of 61 candidates after a national search that began last November, following the resignation of Keith Montag. McFall was among five semi-finalists interviewed by the board of commissioners and four county employee groups in January. A panel of community leaders provided input on the three finalists for the position.

“Brent’s enthusiasm and passion for public service came through to all members of the selection committee,” said Commissioner Jeanne McQueeney. “He will bring a wealth of experience to us, especially in the areas of strategic planning and implementation.”

A personal decision to move to the mountains brought McFall and his wife to the Eagle Valley in January following 14 years of service in Westminster. During his time as city manager, McFall shepherded the redevelopment of the Orchard Town Center and Shops at Walnut Creek, while championing the expansion of parks, open spaces and trails. He is also credited with furthering efforts to bring commuter rail service to the city. In 2014, McFall received the Colorado City and County Management Association’s Lifetime Achievement Award for career excellence.

According to Commissioner Kathy Chandler-Henry, working collaboratively with the towns, metro districts and non-profits in the county is a board priority. “Brent’s leadership in this area has been recognized throughout his career,” she said. “We look forward to innovative ideas and opportunities for our excellent staff to advance the county’s goals.”

“Brent’s extensive experience as a seasoned executive in the public sector is just what we were looking for,” said Commissioner Jill Ryan. “He has a reputation for inspiring people and organizations to innovate and improve, and we look forward to tapping into his energy.”

McFall holds a bachelor’s degree in personnel administration and a master’s degree in public administration from the University of Kansas. The commissioners will introduce McFall at the upcoming State of the County presentation, scheduled for March 10. A community reception for McFall and his family will take place later this spring.

“I am very pleased to be afforded this opportunity and am excited the commissioners have shown confidence in me,” said McFall. “I’m looking forward to helping move Eagle County to even greater heights.”

All three commissioners praised the work of Interim County Manager Rachel Oys during her appointment. “We are proud of the strong team we have in place and our organization’s commitment to serving the residents and visitors of Eagle County,” said Chandler-Henry.

McFall’s annual salary will be $175,000. The county manager is one of two positions appointed by the Board of County Commissioners, who also oversee the hiring of the county attorney. The executive search firm of Peckham & McKenney facilitated the hiring process.