Flow of snow, dark-money campaign cash both set to end on Tuesday, Nov. 6

But don't worry (or do), both will be back with the next election, storm cycle 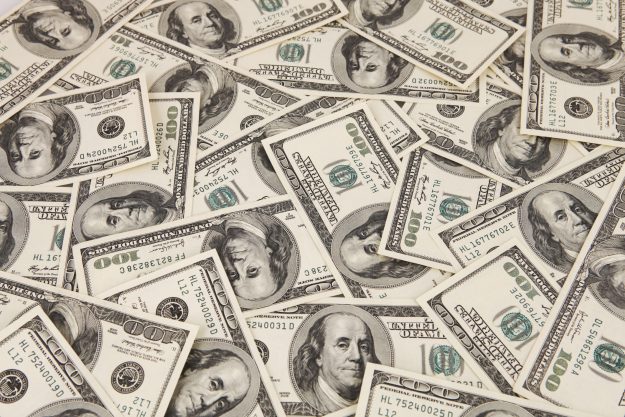 Good news this Monday, Nov. 5, as powder is likely falling on your local ski area of choice, and the endless onslaught of election ads – mostly paid for by unknown corporate interests in the form of dark money – is about to end on Election Day, which is Tuesday, Nov. 6, at 7 p.m.

If you’re like me and enjoy all the pomp and circumstance of voting on Election Day but live in a mail-in only county, then you’re probably still holding onto your ballot. DO NOT put it in the mail – if you want it to count – but instead head to your nearest polling center in Eagle County to drop it off. Or go to GoVoteColorado.com to find nearest polling place outside of the Vail Valley.

If you’d like to see an end to all that money being spent on useless and factually challenged campaign ads, take the time to find out how our supreme court unleashed the corporate free-speech monster with Citizens United and how unnamed companies have abused the privilege. The oil and gas industry alone has spent tens of millions to buy this election in Colorado.

Even if they can’t be forced to spend that money more productively – like on safety measurers and better infrastructure – they should at least have to put their names on every piece of campaign advertising, in my opinion. And that goes for environmental groups as well.

I’ve been writing about dark money skewing campaigns for more than a decade, starting with a 2008 Garfield County commissioners’ race that saw a huge influx of last-minute oil and gas money that came in to knock off two conservation-minded Democrats.

The same “nonprofit” educational group formed to tilt that race – Western (and later American) Tradition Partnership – became the catalyst for a long fight against dark money in Montana that percolated all the way up to Supreme Court and resulted in a dark money disclosure law that some would like to emulate in Colorado.

For more on that twisted tale, which has been the subject of a couple of PBS documentaries, check out the series I did for a now-defunct website called the Denver iJournal back in 2013 and reposted on RealVail.com. Hint, the same dark-money group has “played” a lot in our local state senate race.

And for more on how dark money trickles all the way down to those local state legislative races, check out my story below that posted Sunday on the Vail Daily website.

No matter what side of the aisle you’re on, I think we can all agree that the flood of mostly anonymous corporate campaign spending is bad for our democracy and something we’d all like to figure out how to end or at least daylight so we know who’s trying to buy our elections.

The specter of outside “dark money” from unknown, deep-pocketed donors once again looms over local state legislative races impacting Eagle County, and candidates for both major parties recently expressed frustration and promised to do something about it if elected on Nov. 6.

Incumbent Democratic state Sen. Kerry Donovan of Vail has outraised Republican challenger Olen Lund of Paonia more than 10 to 1 ($228,219 to $20,955) in the seven-county Senate District 5 race that includes Eagle County – a key contest as Dems look to take back the Senate.

But that’s all money from donors whose names are fully disclosed on the SOS TRACER website. A lot more money has poured into the SD5 race from 501(c)4 social groups set up for “educational” purposes and funded by undisclosed corporate and individual donors.

“The hardest story to tell is there’s dark money in every campaign; that’s just the nature of where we are after Citizens United,” Donovan said. “But where voters should be concerned is when the only communication that’s being done on behalf of a candidate is on the dark-money side.”

The U.S. Supreme Court’s landmark Citizens United vs. the Federal Election Commission ruling of 2010 held that the First Amendment protects unlimited campaign spending by for-profit and non-profit corporations as free speech, although candidates are not allowed to coordinate with those outside groups. Donors are only required to disclose contributions to the IRS.

“It’s all very frustrating,” Donovan said of Lund’s limited spending on disclosed campaign ads but huge dark-money footprint. “Who is that candidate beholden to and why do they trust people they supposedly aren’t coordinating with to tell their entire story of what they stand for?”

Lund points out that dark-money groups have also sent out mailers opposing him and backing Donovan, and he denies any coordination with groups supporting him.

“All this stuff [mailers] shows up and I have absolutely no control over it,” Lund said. “I don’t know who it is and I don’t know what’s going on. The current election law is such that this can be done, and I can know nothing about it. There’s nothing that I can do.”

Groups such as Americans for Prosperity – backed by the conservative fossil-fuel billionaire Koch brothers – have fired off mailers supporting Lund, while Conservation Colorado and other environmental nonprofits have gone to bat for Donovan. Conservation Colorado, the state’s leading environmental group, has the backing of billionaire climate-change crusader Tom Steyer.

But then there are other groups with lower-profile and less transparent financing, such as the Colorado Economic Leadership Fund and the Senate Majority Fund, also backing Lund’s campaign. Lund said he’d support legislation to make elections more transparent.

“I would think transparency is a good thing. I’m not for anything being done in a hidden way,” Lund said, lamenting changes to campaign-finance laws in recent years. “If it all came through a candidate committee and was all reported that way, then it would be transparent. That’s the way it used to be, and I think that would be better.”

Donovan also supports tougher disclosure for outside groups: “Anything that brings transparency into the election process is good for democracy.”

Phil Weiser, the Democratic candidate for Colorado attorney general, says his number-two priority after reining in the opioid epidemic is daylighting dark money in Colorado elections. He supports the Colorado Legislature passing a law similar to Montana’s 2015 DISCLOSE Act.

“Dark money is about democracy; it’s not about party politics. We should win or lose elections fair and square without dark money, without gerrymandering, without voter suppression, without cyberattacks,” Weiser told Colorado Politics, lamenting undisclosed millions being spent on his GOP opponent, George Brauchler, by the Republican Attorneys General Association.

“To suggest that, ‘Hey, I’m really scared of the money that’s coming into this race and where it’s coming from,’ one, I can’t control any third-party efforts, and my guess is the Democratic Attorneys General Association — that has called Colorado one of their key pick-up states — they’re going to invest heavily in this race too,” Brauchler responded.

Montana’s battle against dark money in politics has some interesting connections to Colorado, including attack mailers aimed at Donovan’s predecessor, Democratic state Sen. Gail Schwartz, who later came into possession of treasure trove of coordinated attack mailers found in a Denver-area meth house. Those mailers, in part, led to the DISCLOSE Act and several PBS films.

But for any dark-money disclosure bill to pass out of the Colorado Legislature it will likely take Democrats holding the House and regaining the Senate, which the GOP controls 18-17. Current House District 26 (Eagle and Routt County) Democratic state Rep. Dylan Roberts of Eagle saw his Stand by Your Ad Act die in a Senate kill committee last legislative session.

“Of course I would support a law similar to Montana’s or any other effort to increase transparency in campaign contributions and spending,” Roberts said. “Every single one of my donations is disclosed and comes with a name, address, and phone number for any voter or member of the public to have access to.

“I not only voted in favor of but co-sponsored a ‘Stand By Your Ad Act’ last session at the legislature, which would increase dark money accountability.”

Roberts said he has not seen any dark money being spent in his race against Republican Nicki Mills of EagleVail. He has outraised Mills $96,260 to $18,772, according to TRACER, although Mills also has loaned her own campaign another $24,000 so far, for a total of $42,772.

“I would prefer allowing contributions only from individuals,” Mills said. “I would consider raising contribution limits above the $400 per person. But I think it’s a travesty when so much money is raised outside the state or from groups that we have no idea who provided funds to the group.”

Mills agrees that there apparently hasn’t been any dark money spent in the HD26 race, although she points out that a considerable amount of Roberts’ fully-disclosed campaign funding has come from outside the district. Asked about her self-funding disparity, Mills said, “it’s painful.”

“Going into this race, before fully committing, I used the words, ‘I’m not going to pay to play,’” Mills said. “I did not know how much this was going to cost, and I am so committed that I have put in what to me is a fortune and it’s because I’m dedicated and willing to do whatever it takes.”