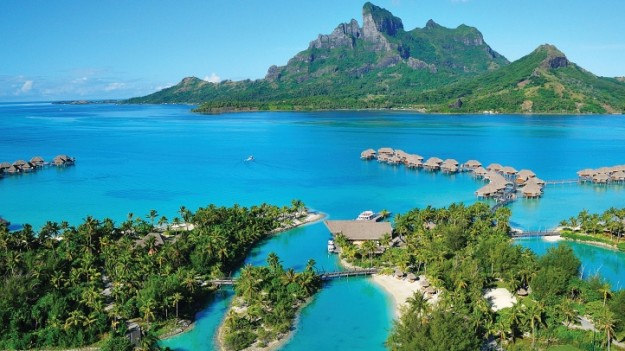 In his 18 years working for Four Seasons, Michel Volk has literally toured the world – from London to Vail to elephant camp in Thailand – but he says none of his eight stops can rival the ocean beauty of his current job as general manager of the Four Seasons Resort Bora Bora.

Built in 2008 just before the global economic crisis, the spectacular property is situated on a barrier reef encircling a glassy smooth, multi-hued lagoon which in turn surrounds an extinct volcano rising to nearly 2,400 feet above sea level. Despite its remote location more than 2,500 miles straight south of Hawaii in the South Pacific, the hotel’s occupancy has soared to pre-recession levels and beyond.

There are two main reasons for the Bora Bora property’s success, says Volk, who in 2010 helped open the Four Seasons Vail. The first is its astonishing natural beauty. 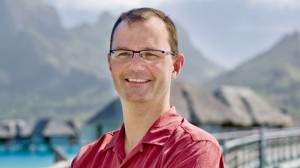 “The pictures don’t even do it justice,” Volk said. “When you get there and you’re at the airport and you start looking at that water and those different colors, the clarity of the water, that backdrop mountain there, which is just the most picturesque, it really takes your breath away.”

The Four Seasons Bora Bora has 100 rooms built on stilts out on the water and completely surrounded by the remote South Seas tranquility only found in French Polynesia.

“That’s what people want,” Volk said. “When they think about French Polynesia, Tahiti and Bora Bora, it’s the overwater bungalow. All of those 100 overwater bungalows are a phenomenal size, and the rooms in all of them open up to the water. It’s just fantastic the way it’s built.”

The tranquility of Bora Bora’s inner lagoon contrasts in a startling way with the open-ocean grandeur of the island’s outer rim.

“That inner lagoon is just absolutely still. You might have a little undercurrent when you go swim,” Volk said. “Inside the lagoon the water is anywhere from 3 feet to 20 or 30 feet deep, and that makes the different colors.

“Then you have this rim where the hotel is and everything around it is the open Pacific, very wild, very rough — absolutely beautiful. Almost my favorite part is that side of the hotel where you are toward the open ocean. Very few people go there because everybody has in their mind the beautiful mountain and the blue lagoon.”

The other key to the property’s success, strangely enough, is its relative accessibility for such a tiny dot in a vast expanse of blue.

All flights, even from LA, land in Tahiti first, with a short, 40-minute connection to Bora Bora.

“That’s what makes it so fantastic is you can almost go for a long weekend from California,” Volk said, “because you fly out on an overnight flight at midnight and because of the time you gain flying there — two or three hours depending on the time of year — you get into Tahiti at 5:30 or 6 in the morning and then you jump on a 40-minute inter-island flight to Bora Bora

“There isn’t one person who comes who won’t say it was worth the trip because it’s so beautiful,” he added. “It doesn’t matter how much you travel, because you come and say, ‘I’m happy I did this because there’s not many places as beautiful in the world when it comes to ocean, view, beach, clarity of water.’”