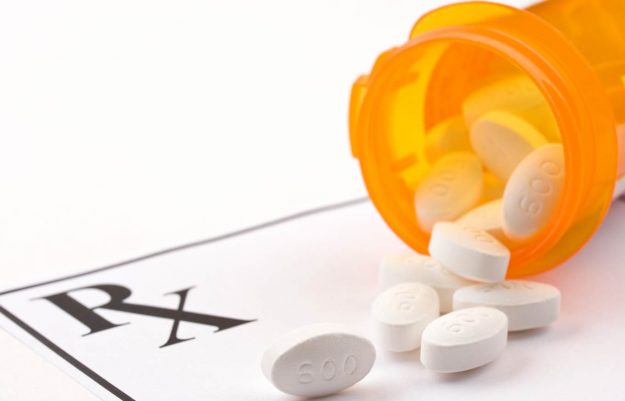 Already paying among the highest health care costs in the United States, residents of Colorado’s mountain communities are facing another wave of high costs: pharmaceutical drug prices spiraling out of control.

In late July, a campaign was launched to draw attention to the huge increases of prices for common drugs – from insulin to treat diabetes to the EpiPen drug used to treat life-threatening food allergies.

The campaign, and reports of drug price spikes, coincide with a report issued this month by the Colorado Division of Insurance that confirms that health insurance for residents of Colorado’s western and rural communities are the highest in Colorado. 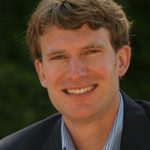 “Summit, Eagle, Garfield and Pitkin counties have been singled out … as the most expensive place to buy insurance not just in Colorado but also in the U.S.,” said Summit County Commissioner Dan Gibbs.

Gibbs estimated that between 2014 and 2015, health insurance premiums have increased between 20 to 48 percent for many families. The cost of living is far higher in most mountain communities, which provides an additional heavy burden. After paying mortgage or rent, childcare, food and other necessities, many parents are being priced out of being able to afford insurance – even if they are working two and three jobs.

For a family of four, insurance premiums can easily cost $2,000 per month. Even if their insurance is covered by their employers, residents are often deterred by high deductibles and out-of-pocket costs, including for prescription drugs. Gibbs calls the situation “dire.”

“We have some of the highest uninsured rates in the state, and it’s growing,” Gibbs said, citing Summit County at about 22 percent and Lake County at 25 percent. “It’s created a crisis for many people in Colorado’s mountain communities.”

Colorado has nine geographic insurance regions. The state Division of Insurance’s annual report shows the total cost of health care in the Western Region spiked from an average of $5,532 to $6,258 between 2014 and 2015.

The report found that mountain residents pay more in almost every category of health care, with the exception of prescription drugs. In 2014, the Western Region came in right in the middle in that category, at an average of $86 per year for prescriptions. Highest in that category was Colorado Springs with $96, and the lowest was Greeley, at $78.

However, the prices of many prescription drugs have spiked in recent years. Observers say that creates further hardship – and the real risk people will not be able to afford critical and life-saving medications.

For example, the prices for insulin, to treat diabetes, has skyrocketed in the past few years.

The cost of other drugs continues to increase dramatically. In July, the Denver Post reported the cost of an EpiPen prescription has jumped from about $100 for a two-pack dosage to as high as $600. The EpiPen is an emergency injection device that is used to treat anaphylactic shock as well as people who experience severe allergic reactions to food.

Earlier this year, several Colorado lawmakers introduced a bill designed to target runaway drug prices. HB 1102 would have required pharmaceutical companies to detail the costs to research, develop and produce drugs that are priced at more than $50,000 per year or per course of treatment.

Nearly 100 drugs would have qualified, including a 12-week drug treatment for Hepatitis C, most treatments for multiple sclerosis, and many cancer therapies.

The bipartisan proposal drew broad support, including from business groups, unions, manufacturing, consumer, health, social service organizations, as well as Eagle County Commissioners. Despite the support, the bill was killed 9-4 by the House Committee on Health, Insurance and Environment.

On Aug. 1, the Washington-based Campaign for Sustainable Rx Pricing announced the launch of a public awareness initiative to highlight voters’ concerns over high prescription drug prices, including in Colorado.

“Voters across the country are calling for action by their elected officials to make sure patients and families don’t have to choose between filling a prescription and putting food on the table,” said the group’s executive director, John Rother, in a statement. “The trend of rising drug prices needs to be addressed, and we expect voters in Colorado will take that message – and a call for solutions – to candidates at all levels this fall.”

According to the organization, spending on specialty medicines has increased by $54 billion over the past five years nationwide. That accounts for 73 percent of all medicine spending growth. In addition, prices for four of the top 10 most common prescription drugs in the United States have increased by more than 100 percent since 2011.

In Colorado, a 2012 investigation by Colorado Public News found the cost of the popular cholesterol-reducing medicine Lipitor ranged dramatically from pharmacy to pharmacy across Colorado. Months after the patent had expired on the medication – which was expected to result in a drop in prices to as little as $5 for a month’s supply – some pharmacies were continuing to charge cash-paying patients well over $100.

The costs for many prescription drugs continues to vary widely. Allyn Harvey, a longtime Carbondale resident and former town trustee, cites his own experience. One of the prescription medicines he takes has inexplicably jumped from the $30 a month he was paying out of pocket just last year, to close to $110 a month.

And, the cost seems to vary depending on which pharmacy he uses. For example, Harvey says he recently visited Austin, Texas, and had his prescription filled there. It cost $60.

“I have no control over this,” Harvey said. “I never know how much it’s going to cost.” In Carbondale, with one pharmacy, his options are generally even more limited – even if he did have time to comparison shop around for the best price on his medication.

“I don’t have time to drive to another town to save 20 bucks. It’s just not easy to shop that way,” he said.

Harvey is insured through the Colorado Health Insurance Marketplace. Since his plan has a high deductible — $6,500 – he says he now talks with his doctor directly about all aspects of costs related to his healthcare options.

“It’s really at the point where, as a consumer I have to scrutinize not only the tests and prescription drugs and other things that my doctor suggests, to challenging my doctor to think about costs – which is traditionally not a main part of a patient’s conversation with their doctor,” he said.

Cara DeGette is a former Vail Daily editor and reporter who went on to run the Colorado Spring Independent, Colorado Confidential, Colorado Independent and Colorado Public News. Her reporting on politics and health care has won numerous statewide and national awards.