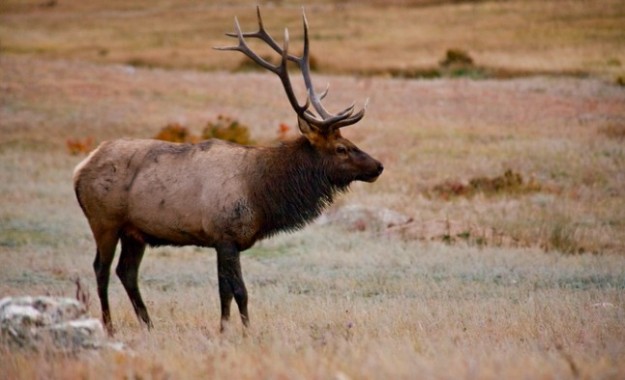 Republicans aren’t just gunning for control of both houses of the State Legislature on Tuesday, they’d also like state government to take over millions of acres of federal lands in Colorado to increase logging, grazing, mining and oil and gas drilling.

Republican Senate District 5 candidate Don Suppes told The Colorado Independent that the state’s timber industry is totally dead due to federal mismanagement and that the feds are aggressively taking away the water rights of other businesses that lease federal lands, such as cattle ranching and the ski industry.

“It’s just over and over the federal government’s trying to come after us, and all I’ve said is we should look into it so we at least have a voice as to what’s going on on our public lands, because if you’re not at the table, you’re on the menu,” said Suppes, who advocates considering the agenda of the nonprofit American Lands Council (ALC), which is aggressively pushing for state control of federal lands in other western states such as Utah, Nevada and Idaho.

The ALC has been linked by the left to the American Legislative Exchange Council (ALEC), with funding from Koch Industries and other major energy-industry donors. Colorado’s GOP gubernatorial candidate, Bob Beauprez, backs the state-control plan for more than 8 million acres of U.S. Bureau of Land Management land in Colorado, but Democratic Gov. John Hickenlooper and a majority of westerners oppose the idea, according to polls.

State lawmakers in Utah actually went as far as to pass a bill requiring the federal government to turn over more than 20 million acres of federal land within that state’s borders or risk litigation by the end of this year. But such a dramatic management shift would require the approval of a gridlocked U.S. Congress and would likely be declared unconstitutional, analysts say.

“[Suppes’] position on public lands is one that’s too extreme for Colorado,” his Democratic opponent, Kerry Donovan, told The Colorado Independent. “People overwhelmingly love their public lands in Colorado and think that they should remain that way and stay managed the way they are currently managed.”

Suppes and Donovan are locked in a high-stakes battle to represent a sprawling seven-county Western Slope district that could determine the balance of power in the state senate, where Democrats currently hold a tenuous 18-17 edge.

Republican House District 26 candidate Chuck McConnell also backs the GOP push for state control of federal lands. The Steamboat businessman is vying for a seat that represents two Western Slope counties – Routt and Eagle – that are comprised of a majority of federal lands.

“The federal government has leased lands for grazing and for other uses, and that’s fine,” McConnell said. “But my thinking is if you’re in the state and the land is in your state, I think it makes more sense to control with local state government than with a government that’s 2,000 miles away in Washington D.C.”

The Democratic incumbent McConnell is trying to unseat, state Rep. Diane Mitsch Bush, a former Routt County commissioner who, from her experience in the statehouse, knows the financial strain a land grab would put on the state’s already strapped budget. She says she’s concerned that industrial uses would have to increase exponentially to pay for the costs of state control. She also doubts the ability of the Colorado State Land Board to manage millions of additional acres.

Mitsch Bush, who serves on the House Agriculture Livestock and Natural Resources Committee, notes that the State Land Board – whose members are politically appointed, not elected – receives very little oversight by elected state officials. The board is tasked under the Colorado Constitution to use state lands for the “highest and best use” in order to provide maximum funding for state education.

The Steamboat Democrat isn’t so sure the push for state control over federal lands will end after the election.

“With a Republican (U.S.) House and if the U.S. Senate flips, they could easily do this,” she said. “The president would probably veto it, but you don’t know that [beyond 2016].

“These people are on a mission, and I’m not saying it’s threat No. 1, but we really need to keep our eyes on this.”

Hickenlooper has repeatedly pointed out that the cost to the state of managing federal lands could soar into the hundreds of millions of dollars each year.

“Our protected public lands are part of what makes Colorado special,” he told Colorado Public Radio. “Shifting the burden for maintaining and protecting those lands to the state would be expensive and irresponsible. Transferring ownership of this land would threaten sportsmen’s access, fire protection, and would shift millions of dollars of cost to state taxpayers.”

Beauprez says revenues needed to manage the lands could come from increased leasing for extractive industries such as timber, agriculture, mining, oil and gas. “It’s not just idle land,” Beauprez has said in debates. “It could be very productive land.”

Mitsch Bush points out most public lands in her district already are “very productive” for the local and state economies, and in ways that preserve the environment and recreational opportunities. Turning massive swaths of federal wilderness into a potential cash cow for the state would take away what makes Colorado special, she adds.

“The highest and best use would be decided by some committee in Denver, and it may not be wildlife habitat, it may not be skiing, who knows?” Mitsch Bush said. “Most State Land Board lands are not open to the public for hiking or biking. They are open for energy exploration, which I think is part of what’s going on here.”