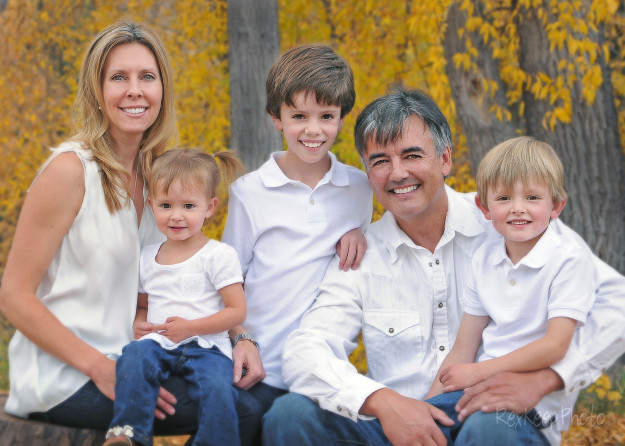 Editor’s Note: This story first appeared in The Parents Handbook.

In many ways, Melisa Rewold-Thuon has been a victim of her own success. She never wanted to leave the helm at Avon Elementary School after helping turn it around from near closure in 2007 to a U.S. Department of Education National Blue Ribbon School Award-winner in 2012.

But Rewold-Thuon knew she couldn’t say no to outgoing Youth Foundation Executive Director Susie Davis when presented with the chance to spread the success of Avon Elementary throughout the Eagle County School District, so Rewold-Thuon somewhat reluctantly took the reins of the non-profit from Davis in March of 2014.

“At first I was saying ‘no, no, no’ to everybody, and then I said, ‘OK, I’ll talk to you,’ thinking I wasn’t going to do it,” Rewold-Thuon remembers. “Then I realized that what we did in Avon could be expanded. Ultimately that helped me make my decision, thinking about the bigger scope of kids in the valley and not just the kids at Avon Elementary — still being able to help them but also expanding the success that we had there into other places.”

After first being approached by several Youth Foundation board members, it was an entreaty from Davis — who for so many years was the beloved face of the organization — that sealed the deal for Rewold-Thuon.

“Susie called me and said, ‘I’m really sad to leave this, but I’d feel a lot better if it was you [taking over]. You get it. You understand what we’re doing,” Rewold-Thuon said. “Susie has big shoes to fill. Her legacy is everybody loves her, but she’s been nothing but supportive in the whole process and helped to make the transition really easy.”

And it wasn’t as if Davis had to convert Rewold-Thuon to the cause. The former Avon Elementary teacher and principal saw firsthand how the supplementary programs of the non-profit Youth Foundation could have such a meaningful impact on young lives. She credits those after-school programs with helping give kids and parents the confidence they needed to turn things around at Avon.

When Rewold-Thuon took over as principal there in 2006, she says the student body was about 96 percent Hispanic following white flight to charter and private schools. Standardized test scores were abysmal due to most kids speaking English as a second language or not at all.

Her first year as principal, Rewold-Thuon helped implement a dual-language program that immediately started to help. Then simultaneously the Youth Foundation’s Davis approached with the idea of an after-school academic and enrichment program, and the Vail Valley Foundation asked how they could help boost the arts curriculum. Rewold-Thuon said yes to everything.

“OK, nothing can hurt us,” was her theory at the time, she remembers with a laugh. Only about 25 percent of the students could pass the state’s standardized reading test when she first came on board

By year five of the turnaround, 75 percent of the students were passing the reading tests, and by 2012 the U.S. Department of Education took notice and made Avon Elementary a Blue Ribbon School. A big part of that turnaround, Rewold-Thuon acknowledges, was the first after-school program offered by the Youth Foundation, which in 2011 merged with the Vail Valley Foundation.

“So we were basically the testing ground for most of the programming that goes on now in my job,” Rewold-Thuon said, adding the Youth Foundation has now expanded into all but two local elementary schools with after-school programming that focuses both on academics and enrichment. “It’s helping kids blossom, being excited about school, connecting with their community and just generally having time to grow and play.”

With the rampant slashing of the school district’s budget during the global recession, families working more and more hours to make ends meet knew they could count on a growing after-school presence by the Youth Foundation that offers 45 minutes of intensive (six student to one teacher) instruction in reading followed by a wide variety of enrichment programs — everything from karate to soccer to karaoke to a partnership with the Walking Mountains Science Center.

The Youth Foundation also concentrates on character building, providing an anti-bullying program and working on core values such as integrity and responsibility. “A lot of it is just really trying to build relationships – giving kids that extra attention and confidence and getting them to express what they like and to find their interests,” Rewold-Thuon said.

The Youth Foundation now offers something for virtually everyone, from the early childhood programs Great Start, The Magic Bus and Success at Six to the PwrHRS after-school sessions and cultural and arts programming for elementary school kids such as Celebrate the Beat, First Notes, Sowing Seeds, KidSTRONG, Girl PowHER, Copa Edwards, Anti-Bullying and even Academic Summer Camp that focuses on science, technology, engineering and math (STEM).

If that sounds like a lot, it is, and Rewold-Thuon – a former Denver Public Schools teacher – knows how lucky we are to have such generous non-profit funding in Eagle County. But she wants to reach even more kids.

She says the Youth Foundation serves about 1,900 kids in its after-school programs alone, and about 3,900 total with all of its programming, including summer, early childhood, anti-bullying and more. In total, about $3 million in funding goes into all of that programming, she said.

“I’m very happy with what I’m doing,” she said of her decision last spring. “I feel like we’re making great progress forward. I feel that relationship with the school district and the Youth Foundation has never been better.”

The two entities are in the process of hiring a common staff member to handle grant writing and fundraising for both organizations in order to expand the programming.

“There are nearly 13,000 kids, youth in the valley, and at this point we’re serving about 4,000 of them,” Rewold-Thuon said/ “We want to make a plan so that eventually every kid in the valley at some point before they graduate high school will be a Youth Foundation kid.”

And that’s meant moving beyond the focus on younger kids and more into the middle schools and even high schools, building community service programs and expanding on the Dollars for Scholars scholarship program. Rewold-Thuon would like to see a comprehensive “cradle to college” approach to reaching Eagle County kids.

“We’re really going to focus on starting to find ways to complete the job,” she said. “We’re real intense from first grade to eighth grade, and then from there we’re working with kids on not quite as formal a basis.”

That kind of long-term commitment reflects the values of someone who first came to the valley as a children’s ski instructor in 1994 and quickly realized how much she liked working with kids. That prompted the Michigan native to head down to Denver to get her Masters in Education and teach at an inner-city school before returning to Eagle County.

Married to Chico, a local ski instructor for 26 years, Rewold-Thuon has two sons – Quin, 8, and Wyatt, 5 – still at Avon Elementary, and a two-year-old daughter, Elle, 2, at Prater Lane Child Care in Avon. And then there are the 13,000 kids she’s trying to reach all across Eagle County.

For more information on the Youth Foundation go to the website at http://www.vvf.org/education/youth-foundation.aspx.

One Response to From cradle to college: Melisa Rewold-Thuon expands scope of Youth Foundation