As we approach the end of Small Business Week, May 12-16, this is a good time to reflect on just how important small businesses are to our economy. We value the employment provided by large enterprises, but the fact is that nearly all of the net growth in U.S. jobs over the last 30 years has been created by small startups. These startups include the fast-growing category of independent contractors. Yet the economic survival of the 10.3 million independent contractors who choose to be their own bosses and grow their own businesses is being jeopardized by misguided regulations both at the national and state levels. 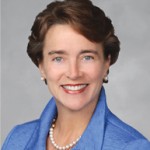 Economic recovery is happening, but at a very slow rate. The unemployment rate dropped to 6.3 percent last month, and we added 288,000 jobs. Nonetheless, we are still seeing very slow job growth overall in America, and too much of it is with low-paying jobs. All of which continues to make independent contracting the economic path of choice for millions of Americans.

It’s My Business is a coalition of individuals and organizations who support the rights of independent contractors. Our aim is to give a voice to the millions of people who have chosen to be entrepreneurs and have the opportunity to build their own businesses. At a time when our nation’s workforce is undergoing fundamental change to more flexible, entrepreneurial work, we believe it is critical to raise awareness about the vital contribution independent contractors make to our economy. We also want to put a spotlight on the numerous legal and regulatory threats that are making it difficult – if not impossible — for them and the businesses they support to succeed.

In 2009, Colorado state lawmakers enacted the Misclassification of Employees as Independent Contractors Act. The law instituted strict penalties ($5,000 per employee the first offense, and $25,000 per employee for subsequent offense) as a means of punishing employers who are considered to be misclassifying employees as independent contractors, and created a compliant process for workers who feel they have been misclassified.

Throughout my career, I have been a staunch proponent for small businesses and entrepreneurs, and I fought hard for their rights during my time serving in the U.S. Senate. Their contributions to virtually every aspect of our economy simply cannot be overlooked.

It’s My Business is carrying that same torch today. We are committed to protecting the right of independent contractors to choose a way of life that works best for them, and the right of businessmen and women to pursue a business model that provides lifestyle flexibility for them and their families and creates jobs and competitiveness for America. But we can’t do it alone.

This Small Business Week, we are asking you to get engaged and take a stand, too. Visit our website at http://www.itsmybusiness.com. Tell your elected state and federal bureaucrats to stop their attacks on independent contractors. They and other small  businesses are the embodiment of the entrepreneurial spirit in this country, not to mention a powerful engine driving our economic recovery. They deserve our protection. America can’t afford to let them down.

About the Author:  Sen. Lincoln is chairwoman of the It’s My Business coalition, which is made up of individuals and organizations that support the over 10.3 million people who are exercising their right to work for themselves.  She was the youngest woman elected to the U.S. Senate, representing Arkansas from 1999 to 2011, and previously served in the U.S. House of Representatives from 1993 to 1997.