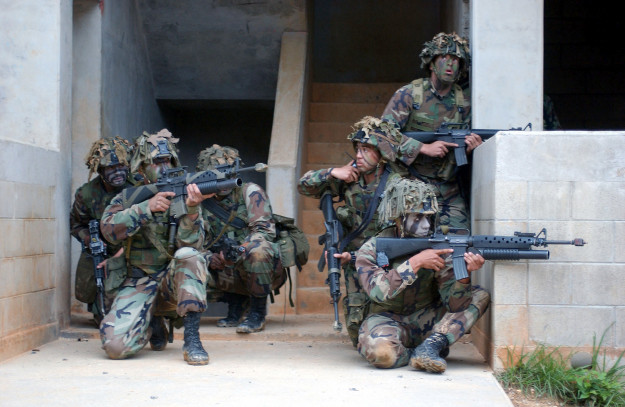 Editor’s note: A version of this story first appeared in the Colorado Statesman.

Colorado is rapidly becoming a hub of international violence prevention – a growth industry according to an influential peace index released at the Colorado Governor’s Mansion last week.

“There is a Denver discourse around peace and security, and I think people are starting to take notice of that, including IEP [Institute for Economics and Peace],” said Conor Seyle, deputy director of the Broomfield-based One Earth Future Foundation. 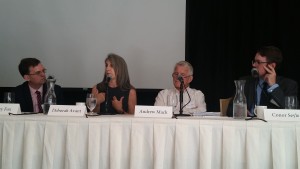 The non-profit OEF, founded by Denver yogurt and real estate entrepreneur Marcel Arsenault, hosted the launch event for the 9th Annual Global Peace Index, produced by the Sydney, Australia-based IEP, which ranks nations according to their overall peacefulness.

Iceland is the most peaceful nation on earth, according to the GPI, while Syria is the most violent of the world’s 162 countries. The United States ranks in the “medium” range in 94th.

“Our interest in Denver, our connection to Denver, goes beyond our relationship with One Earth and doing the event release here; we actually use a lot of data that was generated in Denver,” said IEP U.S. Office Executive Director Aubrey Fox, referring to the work of Denver-based political scientists Deborah Avant and Erica Chenoweth.

The 2015 GPI found that the intensity of internal armed conflicts around the world has increased dramatically in recent years, with the number of people killed rising from 49,000 in 2010 to 180,000 in 2014. Nearly one percent of the people in the world are now refugees or internally displaced — the highest percentage since 1945.

And while most armed conflicts are now internal, with virtually no major wars between nations, non-state actors are increasingly deadly. The total deaths from terrorism in 2014 increased by 9 percent to an estimated 20,000, according to the GPI.

The cost of global violence is $14.3 trillion a year, or 13.4 percent of global gross domestic product (GDP) — compared with 12 percent of U.S. GDP — according to the GPI.

OEF’s Seyle spoke of a critical mass of non-governmental organizations (NGO’s) not only in Colorado but around the world coming together to create a global peace industry along the lines of the health-care or education industries.

“There’s some accountability that’s implied in that, but we don’t have the same conversation about the global violence containment industry,” Seyle said. “We barely can track how much it costs, and we certainly don’t ask are we getting what we should be getting from this expenditure.”

Fox, whose organization helped get the reduction of global conflict included as a goal in the United Nations framework on sustainable development, said the IEP – founded by Australian information technology entrepreneur Steve Killelea – is working on a tool to provide international conflict data to the investment community.

“Fund managers who invest quite heavily in emerging markets often have no idea what the actual conditions of those countries are, and we think that a lot of these massive institutional fund managers are essentially overpricing risk in certain environments,” Fox said.

“This is the same issue here in the United States in places like Ferguson; people have no opportunity,” Vilsack said, “If you don’t have any opportunity, what do you do? You get angry and you lash out at people and you try to figure out some way that you can be heard.”

Avant, director of the University of Denver’s Sie Cheou-Kang Center for International Security and Diplomacy, says that in the wake of the recent church massacre in Charleston, S.C., Americans need to think about things they do in their daily lives that either enflame or reduce polarization.

“That could potentially impact the way that we think about things and the way we act, and so it might be a useful device for generating reflection on what each one of us can do to affect these dynamics in Denver, Colorado, the U.S., which is depressingly low on the GPI, and internationally,” Avant said.

Andrew Mack, an OEF fellow and member of the faculty at the Simon Fraser University School for International Studies, says there is reason for optimism despite the latest edition of the GPI, citing an uptick in international peace agreements in recent years and the virtual disappearance of international wars between nations.

Mack refutes the school of thought that Islam is to blame for the upsurge in high-intensity internal conflicts, citing statistics showing the average homicide rate in Muslim societies worldwide is just over 2 per 100,000 people — less than half the homicide rate in the United States.

“So it’s a remarkable claim that a religion which has a level of deadly violence which is less than half that of the United States should be seen as somehow or other representing a death cult,” Mack said.

Abdur-Rahim Ali, Imam of the Northeast Denver Islamic Center, questioned how conflicts stemming from what he calls “Post-traumatic Slave Disorder” impact violence statistics in the United States, and he also cautioned against blaming Islam for increased international violence.

“I think we do ourselves a disservice if we continue to speak of ISIS as being Islamic,” Ali said. “They’re no more Islamic than the [Ku Klux] Klan is Christian. They represent less than 1 percent of the Muslim population. So it’s important that the perception and the language that we use be consistent with what the reality is.”