Dave Chapin and Jenn Bruno have been elected by the Vail Town Council to lead the group for the next two years – Chapin as mayor and Bruno as mayor pro tem, respectively. The two were unanimously elected and each will serve for two years. 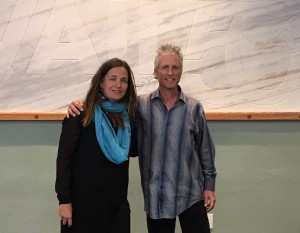 Chapin is currently serving the last two years of a four-year term after winning election to the Town Council in 2013. Upon his selection, Chapin said he was honored by today’s developments. He says he’s looking forward to the opportunity to play a larger role in the town that he loves and to help make Vail the greatest place it can be.

Chapin has been a member of the Vail community for more than 30 years after moving to Vail from upstate New York in the early 1980s. He has previously served as a member of the Vail Commission on Special Events and the Vail Local Licensing Authority, also serving as chairman of both boards over the years. Chapin is a partner in Vendettas restaurant and bar in Vail Village, the longtime gathering place for the Vail patrol and Vail ski school.

Mayor Pro Tem Bruno is also serving the last two years of a four-year term following election to the Town Council. She was the top vote-getter in the 2013 election. Jenn and husband Luca Bruno are raising their two sons while operating two clothing stores in town. She was born in New York and moved to Vail after graduating from the College of William and Mary in Virginia.

Prior to today’s leadership elections, Andy Daly had served as mayor since 2011 and Ludwig Kurz as mayor pro tem, also since 2011.

The Town Council meets the first and third Tuesdays of each month. Agendas are posted on the town’s website at vailpublic.novusagenda.com. Follow the Town Council on Twitter @VailTownCouncil for meeting updates.