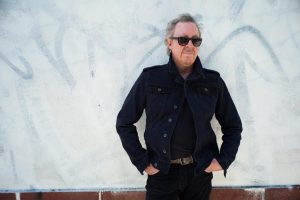 Scaggs is the winner of a Grammy Award for Best R&B Song and has topped the Billboard charts with countless songs and albums over the past four decades.

Limited VIP Tour Packages are $225 and include one premium reserved ticket in the first 10 rows, a collectible tour lithograph autographed by Scaggs, as well as a number of other exclusive VIP merchandise.

Scaggs grew up in in Oklahoma and Texas, where he met Steve Miller at Dallas’s St. Mark’s School of Texas. The two attended college together and played in a band at the University of Wisconsin in Madison before Scaggs began an independent solo career in the rhythm and blues scenes of England and later Sweden.

Scaggs returned to the United States in the late 1960s to join the psychedelic music movement in San Francisco, where he rejoined his friend and former classmate in the Steve Miller Band for its first two albums.

In the 1970s, Scaggs embarked on a sellout world tour following his debut solo albums. “Lowdown,” was a hit single on the album “Silk Degrees” and earned Scaggs his Grammy Award.

Scaggs continues to tour throughout the world, performing with artists such as Donald Fagen, Phoebe Snow and Michael McDonald.

His latest album, “A Fool to Care,” rose to No. 1 on the Billboard Blues Album chart and is a compilation of mostly covers, including “Whispering Pines” with Lucinda Williams, and one original blues composition, “Hell to Pay,” with Bonnie Raitt.