Both Bernie Sanders and Donald Trump got it right, picking Broncos to win Super Bowl 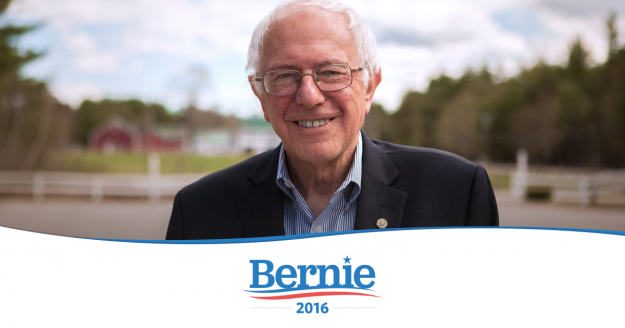 As voters go to the polls today in New Hampshire’s first-in-the-nation presidential primary, it’s critical to examine where the frontrunners stand on the single-most important issue for Colorado voters: Who did they pick to win the Super Bowl? And both Bernie Sanders and Donald Trump got it right, predicting the Denver Broncos would beat the Carolina Panthers in Super Bowl 50.

That’s right, the two fringe candidates tapping into national disaffection with congressional gridlock and partisan inaction on so many crucial issues absolutely read the tea leaves right and picked Peyton Manning and Denver’s dominating defense. Will that kind of clear-eyed analysis help them land their respective party’s presidential nominations and ultimately win the White House? I’m not going to go that far.

But it could carry some weight in next month’s Democratic straw poll to pick a presidential nominee (Colorado Republicans opted out of the process after GOP rule changes the state party didn’t like). So for Dems, Hillary Clinton deciding not to go there and predict a Super Bowl winner may seem like an artful dodge, while Sanders looks stronger with his decisive pick of Denver on Sunday.

The man they’re all trying to follow into the White House, President Barack Obama, wrongheadedly went with the national wave and picked Cam Newton and the Panthers, for which he drew heat from the Broncos. Trump picked Peyton after his Broncos eliminated Trump fave Tom Brady and the New England Patriots in the AFC championship game, saying he “knows and likes” Manning.

The Republican’s so-called establishment candidates, Jeb Bush and Marco Rubio, were split on the Broncos, with Jeb rightly choosing Denver and Marco going with the Panthers. Clinton, meanwhile, had the political tweet of the day on Super Bowl Sunday, poking fun at herself and at FOX News. Still, she should have made a pick.

She and former prez hubby Bill should also stop hammering back so hard on Sanders for stirring up the base on a very real issue not just for progressive voters but also the broader electorate – the abuses on Wall Street that led to so many middle class Americans, including many right here in the Vail Valley, losing their homes, retirement savings and overall faith in our financial institutions.

The Clintons, partially to blame for the banking deregulation during their time in the White House, need to take this matter far more seriously in order to answer the trust question and start earning the support of millennial voters who have lost faith in a rigged system. Hillary Clinton also needs to beat the drum of income equity much harder, because there are a lot more women who are the primary breadwinners these days than when her husband was in the Oval Office in the 1990s.

Lastly, Hillary Clinton just needs to own her Iraq War vote and admit it was wrong to invade in 2003 and engage in unilateral regime change, thereby destabilizing the entire region for the past decade. Yes, Saddam Hussein is not missed, but there are dozens of equally reprehensible strongmen all over the world who should be eliminated. It’s up to the people in those countries to affect regime change, not the United States to the tune of multiple trillions of dollars of blood and capital.

If they don’t come around, the Clintons are going to find themselves facing an independent billionaire candidate who’s a lot more electable and far wealthier than Trump in the form of former New York City mayor and current Vail second-homeowner Michael Bloomberg.

Now, back to the Super Bowl, Eli Manning told TMZ he was just focused on the game and going for the two-point conversion, not upset that his brother would now have as many rings as he does. That makes a lot of sense, because his dad and brother also weren’t celebrating yet either when cameras zoomed into the box after the Broncos scored a late touchdown.

Let’s face it, the last 15 years in NFL history will forever be known as the Brady-Manning-family Era, because 10 of the Super Bowls during that period of time have included Brady or one of the two Manning brothers. Eli beat Brady head to head twice, and both Mannings each won two Super Bowls, with Brady claiming four rings.

Brady has won an NFL record 22 playoff games, the same number as the Manning brothers combined. But Peyton’s 14 playoff wins now rank third on the all-time list behind Brady and Joe Montana and tied with his boss, John Elway. Peyton’s incredible record of 200 combined regular-season and post-season wins tops Brady (although likely not for long) and definitely enhances his long-term legacy.

As for Cam Newton, he could have and should done a much better job of standing up for his teammates and his franchise after losing the Super Bowl on Sunday. He also should have given the Broncos a lot more credit for playing a special game and earning the victory. But by not doing so, he isn’t a bad guy; he just made bad choices after the game.

The Broncos also should have taken a higher road and not piled on so hard, but some of the harshest criticism of Cam is coming not from the outside but from his contemporaries in the NFL. I still like his style and hope he dances his way back into the big game, but if he’s facing the Broncos again, I will be a hater.