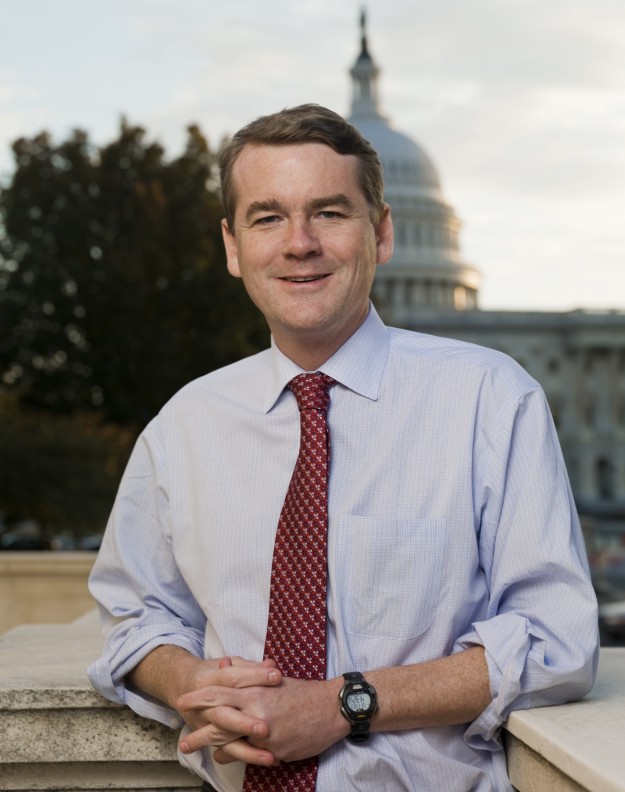 Colorado Sen. Michael Bennet, a Democrat facing reelection next year, stood behind his vote earlier this year in favor of the proposed Keystone XL oil pipeline, which the Obama administration finally rejected on Friday after seven years of study and contentious debate.

“For years, the Keystone XL pipeline has been over-hyped on both sides of the debate,” Bennet said in a prepared statement to The Colorado Statesman. “The number of jobs it would create and the amount of carbon emissions it would facilitate have both been exaggerated.”

The proposed 1,200-mile pipeline would have transported 800,000 barrels of tar sands oil a day from Alberta, Canada to Nebraska and ultimately on to refineries on the Gulf Coast of Texas. Bennet voted for a Senate bill approving the project in January.

“Based on scientific analyses that showed building Keystone XL would have little or no bearing on whether our nation will materially address climate change, I voted to move forward with the pipeline,” Bennet added. “The president vetoed the bill that Congress passed and has now administratively rejected the project. This is an issue on which the president and I disagree.”

Secretary of State John Kerry informed the president of his department’s rejection of the project on Friday, exercising his authority because the pipeline would cross an international border. Obama backed Kerry’s decision, saying approval would undermine the leadership of the United States on climate change issues ahead next month’s United Nations climate change conference.

“While he expressed his disappointment, given Canada’s position on this issue, we both agreed that our close friendship on a whole range of issues, including energy and climate change, should provide the basis for even closer coordination between our countries going forward,” Obama said.

At a March campaign event in Denver, Bennet said the tar sands of Alberta will be exploited one way or another and that rejection of the pipeline would not have that great of an impact on global climate change. That’s a position broadly skewered by the Colorado environmental community.

Many of those same groups heaped praise on the Obama administration on Friday.

“The Keystone pipeline was a loser project that only would have taken us backwards at a time when we need to be taking bold action on climate change,” Conservation Colorado Executive Director Pete Maysmith said. “President Obama sent a resounding message that the future of our children and grandchildren and their clean air is more important than the short term profits of polluters.”

Republicans were just as quick to condemn the administration.

“Earlier this year, the Senate made authorization of the Keystone Pipeline our first major legislative initiative of the new Congress,” Colorado Republican Sen. Cory Gardner said. “I was proud to support that effort, and proud of the large bipartisan majority of 62 Senators who voted to authorize construction of the pipeline.

“The president’s decision today has nothing to do with the environment, and everything to do with politics. It is my hope that a future president, acting in accord with the wishes of the United States Congress and the American people, will reverse this misguided choice.”

Republican state Sen. Jerry Sonnenberg, who has been mentioned as a possible challenger to Bennet next year, told The Colorado Statesman last month that Bennet’s support of the pipeline in the Senate may have inoculated him from oil and gas money flowing into the race.

“Today, President Obama hit a new low when it comes to close-minded and narrow thinking,” Lamborn said. “Ironically, the president won’t even be helping his professed goal of reducing carbon emissions, because the Canadians are not foolish enough to let those valuable energy resources lie in the ground unused.”

“Today, President Obama rejected more than a single pipeline; he rejected a future in which the country doubles down on the most-polluting fossil fuels available,” said Neera Tanden, president of the Center for American Progress. “Development of tar sands crude — the most carbon-intensive oil on the planet — is wholly inconsistent with averting the worst impacts of climate change.”