For Ben Tutt, the new general manager of The Lodge at Vail, A RockResort, his return to Vail is a homecoming, but the hotel he remembers has a whole new look.

“I am thrilled to be back in Vail, walking the halls where I played as a child when my father ran the hotel,” said Ben Tutt, general manager of The Lodge at Vail. “It’s a wonderful opportunity to walk in his footsteps and see this beloved property be beautifully renovated with modern amenities, while also maintaining the authentic charm and cozy ambiance our loyal guests have come to love.” 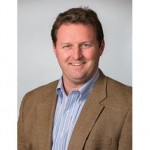 In addition to his time spent at The Lodge at Vail as a child, Tutt has two aunts and an uncle that worked at the hotel in the 1970s and he previously worked for RockResorts from 2010-2012. Tutt’s hospitality roots run deep – he is a fifth generation hotelier and as a child he lived in the famed Broadmoor Hotel in Colorado Springs, which was run by his family since 1918.

Tutt has managed boutique hotels including The Reefs Resort & Club in Bermuda, Wyndham Martineau Bay Resort and Spa, and La Posada de Santa Fe, where he also served as President of the Santa Fe Lodger’s Association.

As general manager of The Lodge at Vail, Tutt will continue to focus on delivering impeccable service, and capitalize on the renovations to bring the boutique hotel to the forefront of Vail’s evolution – providing its guests with chic alpine décor and the modern luxury they expect in a travel experience.

“Adding to our revitalizations of the pool area and the Cucina bar this year, as well as the International Wing guest rooms and ballroom and new RockResorts Spa and fitness center in 2008, this final phase of renovations completes The Lodge at Vail’s makeover, enhancing the overall guest experience,” said Ben Tutt, general manager of The Lodge at Vail.

The Lodge at Vail will debut the final phase of its renovations on Thursday, Nov. 20, 2014 just in time for Vail Mountain’s opening the following day. Just steps from the new Gondola One, the transformation will bring the iconic boutique hotel up to par with both its unrivaled location in the heart of Vail Village and the modern luxury its guests expect in a travel experience.

In addition to the International Wing room renovations in 2008, the renovation of the hotel’s remaining 56 hotel rooms, corridors, main stairways and lobby complete the hotel’s transformation. Partners at NeoStudio, who designed Elway’s and the pool renovation last year, were responsible for the architectural design, and Oz Architecture handled the interior design elements.

The scope of the room renovation includes interior finishes, furnishings, soft goods, lighting and the installation of air conditioning. In addition to the guest rooms and corridors, the lobby will also have a fresh, new look while maintaining the historic charm of the arches above the porte-cochere and check-in desk, as well as the wood-stained grand staircase.