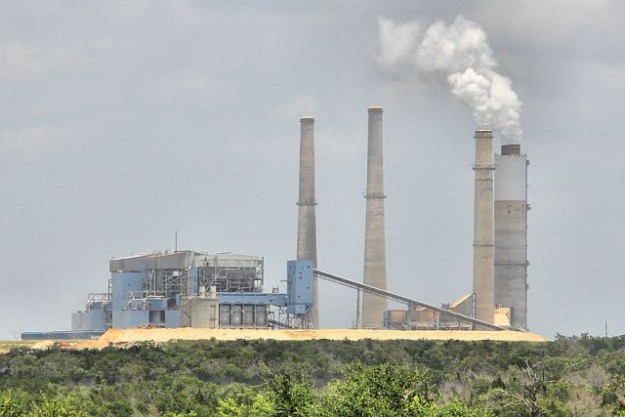 The EPA’s Clean Power Plan, aimed at dramatically reducing carbon emissions from power plants and a key part of President Barack Obama’s climate-change strategy, is far from a done deal in Colorado, where the attorney general opposes the plan and Republican lawmakers are looking to derail it in the Legislature.

Colorado Attorney General Coffman last week said she’s disappointed but not defeated after a federal appeals court in Washington, D.C. denied a multi-state request to stay the EPA from enforcing the plan, which has the support of Colorado Gov. John Hickenlooper.

“I am disappointed in today’s decision, but remain confident the courts will see these overreaching and onerous regulations as an unacceptable breach of state sovereignty,” Coffman said in a prepared statement. “This was a procedural ruling and the case is far from over.”

Coffman in October butted heads with Gov. John Hickenlooper by joining a 24-state lawsuit seeking to block the CPP, which will require power plants to cut carbon emissions by 32 percent from 2005 levels by 2030 — largely by shutting down or converting coal-fired power plants to alternative fuel sources.

Hickenlooper sought a Colorado Supreme Court opinion on the legality of Coffman’s decision to join the lawsuit, but the state’s high court denied his petition and found the governor already had an “adequate alternative remedy” if he backed the CPP but the AG did not. It was unclear exactly what that remedy was, but some legal experts speculated it meant separate legal action.

“We are pleased,” Hickenlooper spokeswoman Kathy Green said of last week’s federal court decision. “Clean air and protecting public health remains our top priority. Colorado has already made great progress in clean air and clean jobs, and worked extensively with the EPA to ensure we have the time and flexibility we need. The state remains focused on implementation.”

The federal appeals court on Thursday agreed to expedite a hearing on the merits of the case, setting oral argument for June 2.

“The fact the court expedited its consideration of the case is a clear indication of how serious this matter has become,” Coffman said. “I will consult with my colleagues in a majority of other states from across the country to determine whether to appeal this order to the [U.S.] Supreme Court.”

“[This] legal victory highlights the folly of Attorney General Cynthia Coffman’s misguided crusade opposing this common sense plan to cut carbon pollution,” Maysmith said in a prepared statement. “This ruling validates the work being done in Colorado and across the country because we know too much is at stake to wait.”

“The official tally came in this week: 2015 was the warmest year in recorded history, breaking a record set the year before,” said Rep. Becker, D-Boulder. “The Clean Power Plan will help the United States, which is by far the biggest per-capita consumer of energy on the planet, to bend the curve away from runaway climate change.”

“Now that the Clean Power Plan has passed this legal test, the states must move aggressively to implement it,” Tyler said. “Here in Colorado, we didn’t wait around to be told that greenhouse gas reduction was the right thing to do. Because we’ve always been a leader on clean air, we have a big head start on other states in complying with the plan.”

State Sen. John Cooke, R-Greeley, has introduced a pair of bills that may make it out of the Republican-controlled Senate but have little chancing of passing the Democrat-controlled House.

The “Preserve Options Respond EPA Clean Power Plan Rule” and the “Ratepayer Protection Act” are both aimed at stalling if not outright killing state implementation of the CPP by requiring legislative and Colorado Public Utilities Commission approval and requiring the state to pay for costs incurred from implementing the plan.

“Well, it wasn’t really a surprise that the court in D.C. struck down the stay request,” Cooke told The Colorado Statesman. “Unfortunately, the bill is more relevant now.”

“We need to support the Air Quality Control Division in doing the Clean Power Plan implementation,” Jones said. “They’ve been doing very good outreach to hear from people about what they think is the best way to implement the Clean Power Plan, and we have a lot of flexibility with that because the federal government gave us that. It builds on the Colorado brand of a clean lifestyle and a clean state with the natural beauty of it.”

The federal environmental protection agency (EPA) has promulgated rules to regulate carbon dioxide emissions from existing fossil-fuel-fired electric generating units (the “clean power plan”). The rules require states to submit a plan to the EPA detailing how they will comply with the clean power plan, but allow states to qualify for a 2-year extension on filing a plan by filing an “initial submittal”. The bill directs the air quality control commission (AQCC) to:

Conduct a public input process necessary to make the initial submittal and thereby qualify for the 2-year extension without making any binding commitments in any way not required by the express provisions of the clean power plan, including to submit a state plan in the future;

Consider specific factors in developing the state plan; and

Submit a report, prepared jointly with the public utilities commission, to the general assembly that discusses the proposed state plan in connection with the factors. Once the AQCC prepares a draft plan, it must submit it to the general assembly. The AQCC cannot submit the plan to the EPA unless the general assembly has approved it by adoption of a joint resolution. If a court stays the clean power plan or holds that it is invalid, implementation of the state plan must be suspended or terminated, as appropriate. The existing process for legislative review of state implementation plans is expanded to include a state plan as required by the clean power plan.