Two-hundred-ninety Colorado Mountain College (CMC) graduates at the Vilar Performing Arts Center in Beaver Creek were encouraged to “bloom” recently by Magda King, general manager of the Platinum-ranked Antlers at Vail hotel in nearby Vail. 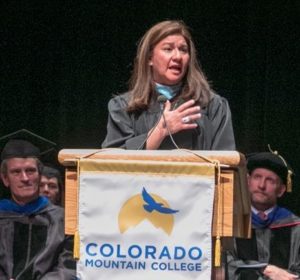 King, a tireless businesswoman with a drive to give back to her community – and a rare U.S. hospitality industry example of a Latina general manager of a hotel – was asked to give the spring commencement address at the Vail Valley branch of the high-country educational institution.

“Be a joy. Wherever you are planted, bloom,” King told the graduates, repeating sage advice she received from her parents before she made the long journey from her home of Guayaquil, Ecuador, to replant herself in Vail, Colorado.

The words have served as a guiding mantra for King, who arrived at the Antlers in 2007, working her way up to assistant manager in five years, and was promoted to GM in 2016. Along the way, she’s inspired others to bloom as well.

As a Latina immigrant who has found success in the American business sphere, King has helped pave the way for fellow immigrant hospitality workers. She has increased literacy and education standards among the Antlers housekeeping staff by spearheading a Spanish book club in partnership with Vail Public Library, setting goals to help workers achieve their GED’s, providing English as second language classes through The Literacy Project, and assisting staff while they pursue individual citizenship status.

Known for her willingness to lend a hand, King reminded the gathered CMC graduates that none of them reached that point alone.

“Somebody helped. Sometimes we forget to see this in ourselves,” said King, who embraces the true meaning of “hospitality” with a people-first philosophy that engages equally with the condominium hotel’s guests, staff and many individual owners – as well as the Antlers’ larger community through hotel efforts from longtime environmental leadership to an annual Pay It Backward event for Colorado nonprofits.

And despite her growing list of achievements over her more than a decade’s tenure at Antlers, King remains humble – and passionate about the value of education.

“I am not the hero of this story,” she said. “I want to recognize all those housekeepers and housemen who, after a long, hard day’s work, go home to open a book, learn and do homework. Those are the people who make the Antlers such a special place. I am privileged to work for them.”

For more information about the Antlers, visit www.antlersvail.com. 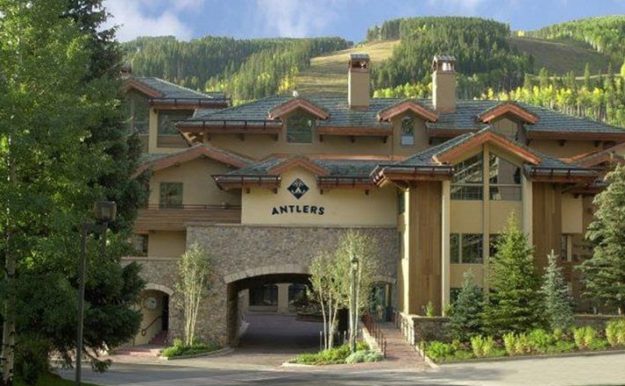 The Antlers at Vail.