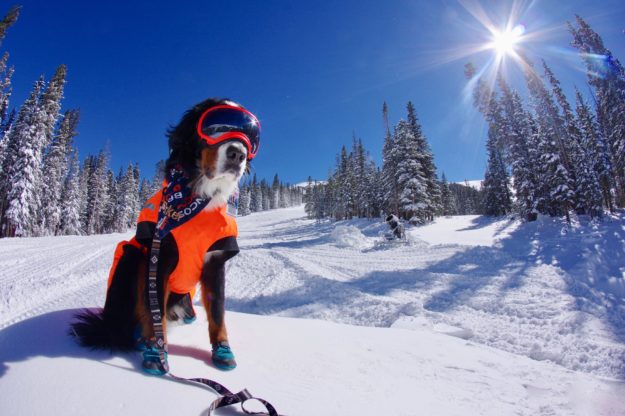 Vail’s opening day is still a month away (Friday, Nov. 16), but the Vail Valley got a taste of winter over the weekend, with cold and snow shutting down roads and coating local mountains. A lot of uphill skiers were skinning up Vail Mountain and making turns over the weekend.

Opensnow.com meteorologist Joel Gratz says a storm from the southwest should bring more snow to the southern mountains and possibly a little bit to the northern and central mountains this week. Then the next chance of snow is the middle of next week, while the longer-term forecast also looks promising.

“…. We should see multiple storm chances through early to mid-November,” Gratz wrote Tuesday. “And that’s a good look for a longer-term forecast. While this look doesn’t guarantee that we’ll get snow every day or even above-average snowfall, seeing action in the longest range forecasts is better than seeing no action and high pressure.”

Nearby Loveland Ski Area reported on Monday that it hopes to open in the next or week or two.

“The Loveland snowmaking team had a very strong weekend of making snow,” Loveland reported on its website. “Mother Nature has also dropped 24 inches of snow on over the past eight days. The snowguns will be moved to the lower half of the mountain and we’ll focus our snowmaking efforts on the final stretch.

“Loveland still hopes to open sometime in the next week or two. Last year Loveland opened on Oct. 20. [Monday} we had one of our snowcats pushing the snow out and getting it ready for the season.”

Arapahoe Basin COO Alan Henceroth still hasn’t announced an opening day but says snowcat crews have started pushing snow around and that conditions have been ideal for snowmaking lately. Either A-Basin or Loveland hope to be the first ski area in the state to open full-time for the season.

Wolf Creek Ski Area beat everyone to the punch by opening Saturday for weekends only after 30 inches of fresh snow fell.

Vail will open for the season on Friday, Nov. 16. Beaver Creek will be open on Wednesday, Nov. 21.