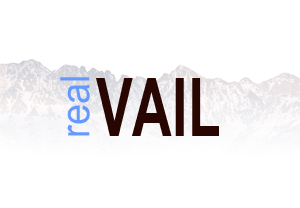 RealVail.com is an online-only news, political, environmental, business, opinion and outdoor lifestyle site that offers an independent view of the events and people shaping the Vail area, the state of Colorado and the Rocky Mountain region. The site was launched in 2007 by veteran Vail-based journalist David O. Williams, whose credentials are listed below, and relaunched in 2013 alongside sister site RockyMountainPost.com.

Over the course of three decades, Williams has become a leading statewide voice on a wide variety of issues, including the Olympics, the environment, energy production, immigration, health care, infrastructure and public lands. As an independent journalist, Williams relies on the ever-shrinking freelance budgets of newspapers, magazines and websites around the state and nation, as well as sponsorship contributions from individuals and organizations that value his ongoing commitment to journalism in Colorado.

To learn more about how you can support RealVail.com and RockyMountainPost.com, either by advertising or direct funding, please email Williams: davido(at)realvail.com.

Williams has been a freelance reporter based in the Eagle River Valley (Vail area) of Colorado since 1991, give or take a couple of years. At the Vail Daily in 1994, Williams landed the first interview with former President Gerald R. Ford after the death of former President Richard M. Nixon, whom Ford pardoned after Watergate. As editor of the Vail Trail in 1997, Williams won a Colorado Press Award for a story on a Vail man who died in Thai police custody, changing U.S. State Department policy.

During the Kobe Bryant case in 2003, Williams explored race and privilege in Eagle County for the LA Weekly in “Cirque du Kobe”. For The New York Times in 2012, Williams was in Aspen for Lance Armstrong’s first comments after admitting to doping. Williams got a tagline on a 2014 front-page Times’ story on political lobbying with Pulitzer-winner Eric Lipton, plus a photo credit for his shot of then congressman and later CIA director and Secretary of State Mike Pompeo in Vail.

In 2019, Williams won a Society of Professional Journalists award for Best Marijuana Enterprise Reporting for a story in the Colorado Springs Gazette on the environmental impacts of illegal pot grows on public lands. In 2020, his Paradise Paradox story on mental health in mountain towns was part of a Gazette series that was a finalist for the National Institute for Health Care Management award for mental health care reporting. The same year, his coverage of water-quality issues at a local mobile home park earned the Colorado Press Association best public service, series and investigative reporting awards.

Williams has interviewed two former presidents, four Colorado governors, covered three Winter Olympics, heli-skied in four states, skied in six countries and clicks into skis around 100 times a ski season. He lives in EagleVail with his wife Kristin, his three boys (off and on), and his dogs, Monty and Chuck.