Series of storms set to hit Vail Valley throughout weekend, into next week 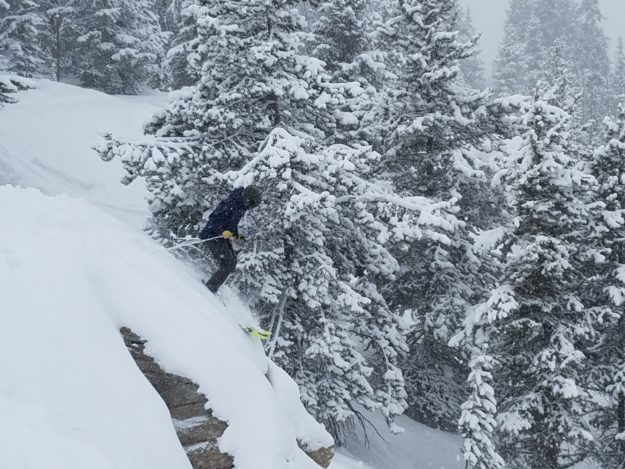 After one of the slowest starts in three decades, ski and snowboard conditions have steadily improved since mid-January, with the most recent storm cycle depositing another 8 and 10 inches respectively on Vail and Beaver Creek. And after a break in the snowfall on Wednesday, three more storms will move through Colorado throughout the weekend.

Forecasters say the snow totals won’t be massive, but the cumulative effect should be to continue to soften the snow surface and build on a steadily improving base. And there’s yet another storm targeting Colorado for the middle of next week that could be more impressive in terms of overall powder output.

Suffice to say, though, Tuesday was a solid powder day at Vail, with boot-deep snow in the north-facing trees. The air temperature was borderline frigid and remained so on Wednesday, which is good for keeping the ski conditions light and fluffy.

All of this is helping tremendously in terms of keeping the season going through the busy March spring-break period and on into April, when both Vail and Beaver Creek are scheduled to close on April 15. The key Easter Sunday weekend is early this year, with Easter falling on Sunday, April 1.

If the current weather pattern persists, both Vail and Beaver Creek should offer solid snow-riding conditions through closing day. Here’s what meteorologist Joel Gratz had to say Tuesday on Opensnow.com:

“Wednesday will be dry, then three storms will bring snow to Colorado through Sunday. The best chances for powder will be Thursday in the southern mountains, Saturday morning at all mountains, and Sunday afternoon at all mountains. The southern mountains will likely see the highest combined total from the three storms, with 3-6 inches on average for each storm. Then we’ll have dry weather early next week with the next chance for snow around February 28 – March 1.”