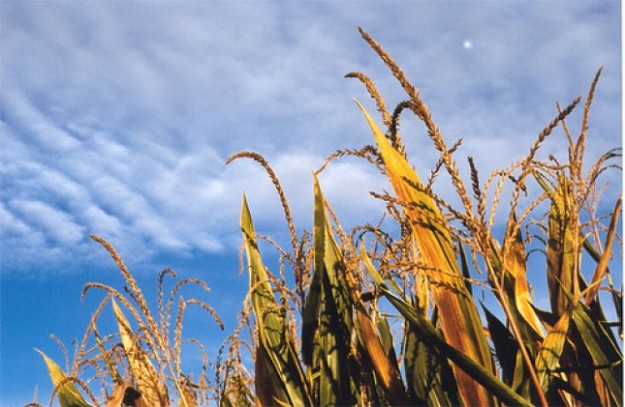 “First of all, I’m not living under a bushel here,” Ament, a farmer and former two-term state rep and senator, told The Colorado Independent. “I understand lately there’s been a lot of requests for labeling and people want to know more about what they’re eating and so on and so forth, and I think that’s fine.

“But if we’re going to have a labeling bill, it ought to be a federal bill and it ought to be conceived over time and (have) all the pitfalls worked out. That is not what we’re dealing with today on (Proposition) 105.”

Prop 105 is one of four ballot questions Colorado voters will decide Nov. 4 (more on the other three later) and one of only two that are statutory and therefore do not amend the state constitution.

For that reason, Right to Know Colorado’s Larry Cooper says the state legislature can make the GMO (genetically modified organisms) labeling bill better once it’s on the books. By law, he says, propositions can cover only one subject, so meat, dairy, alcohol, pet food and gum wouldn’t be GMO-labeled because they’re covered by other statutes.

“This is a grassroots campaign, and we’ve worked really hard to select the largest category we could to cover foods that moms buys in the grocery store every day,” Cooper said. “This is very basic, but it covers over 70 percent of the foods that we buy every day and serve to our families.”

Laboratory modifications to seeds and other farming products have revolutionized agriculture in recent years, Ament says, allowing him to use far less water and essentially zero pesticides.

But health concerns have prompted 64 countries around the world to enact either GMO labeling laws or bans, says Cooper, who wonders why the United States lags so far behind.

“If these companies are so proud of their products and they say that there’s no problems with them whatsoever, why wouldn’t they want to put a label on them? What are they trying to hide?” Cooper said. “And why would they spend $12 million in our state keeping us in the dark?”

According to a recent Rocky Mountain PBS I-News report, food giants Monsanto, Kraft and Pepsi have pumped nearly $7.5 million into a nearly $12 million campaign war chest for No on 105.

Cooper says Right to Know Colorado has amassed a far more modest $600,000 from 2,200 individual Coloradans chipping in small donations. Tampering with Mother Nature to make crops more resistant to insects, for instance, is an experiment being conducted on people with little research, he warns.

“It doesn’t occur in nature; it’s done in a laboratory,” Cooper said. “And so if they’re injecting this DNA and bacteria and protein into these seeds and we’re eating these things, we have a right to know what we’re eating so we can make informed decisions.”

Again, Ament understands the public desire for GMO labeling but wants legislation enacted at the federal level so no one state has a competitive advantage or disadvantage in terms of exports. He also is skeptical that state lawmakers will act to improve the law if it passes next month.

“Legislators tend to stay away from issues that the public already voted on,” Ament said. “They just do not like to open that can of worms and wade in.”

Ament says that if 105 passes, costs will go up for farmers and that food manufacturers from grain-elevator operators on up the chain will then pass those costs on to consumers, while the state will hit up taxpayers for the additional bureaucratic oversight.

“People have no idea. I think they’re spoiled, honestly,” Ament said. “They don’t understand the food chain at all and why they get to eat for less than 7 percent of their income.”

Ament cites a Cornell University study that showed GMO labeling could increase costs to the average family by as much as $400 a year. But Cooper counters with Consumer Reports’ Consumers Union study putting the cost at $2.32 per person per year.

“I’m willing to pay $2.32 to know whether I’m buying genetically engineered foods and whether or not I’m feeding them to my family,” Cooper said. “That’s a decision I ought to be able to make.”

While the TV ads have been jamming the airwaves for months, it’s actually a below-average year for Colorado ballot initiatives, which required 86,105 valid signatures by Aug. 4. On average, there are six ballot questions a year.

This year would have been a lot more interesting had four anti- and pro-fracking questions landed on the ballot. Instead, Gov. John Hickenlooper forged an eleventh-hour deal to keep voters from deciding the topic until the legislature has a crack at drafting better drilling regulations.

Prop 104 is backed by controversial Independence Institute president Jon Caldara of Sunshine on Government. An unlikely coalition of teachers unions and school administrators known as Local Schools, Local Choices opposes the measure, which observers say is likely to pass.

Of the two constitutional amendments on the ballots, one is familiar (personhood is back for a third time in the form of Amendment 67) and the other, Amendment 68, looks to expand Colorado’s legalized gambling to horse racetracks in Arapahoe, Pueblo and Mesa counties.

Only one racetrack exists in those three counties: Arapahoe Park in Aurora, where casino-style gaming is forecast to raise $114 million a year in taxes for K-12 education in Colorado. But even education organizations don’t want gambling money, and existing casinos in Central City and Black Hawk are fighting tooth and nail to keep their gambling fiefdom intact.

Those casinos have provided most of the money to Vote No on 68, while Rhode Island’s Twin River Casino, the owner of Arapahoe Park, is providing the funds for the pro-68 Coloradans for Better Schools.

Couched as a bid to protect the rights of fetuses in cases such as vehicular homicide involving pregnant women, Amendment 67 is seen by opponents as yet one more attempt by Personhood USA to take away a woman’s right to make her own reproductive choices.

Twice before, such measures have been resoundingly defeated, and it’s expected that 2014 will be no different for an initiative seen as far too extreme by most Coloradans. It’s also an issue that has played a major role in defining Republican U.S. Senate candidate Cory Gardner, who in the past supported personhood initiatives but has since changed his mind at the state level while continuing to back similar federal legislation.