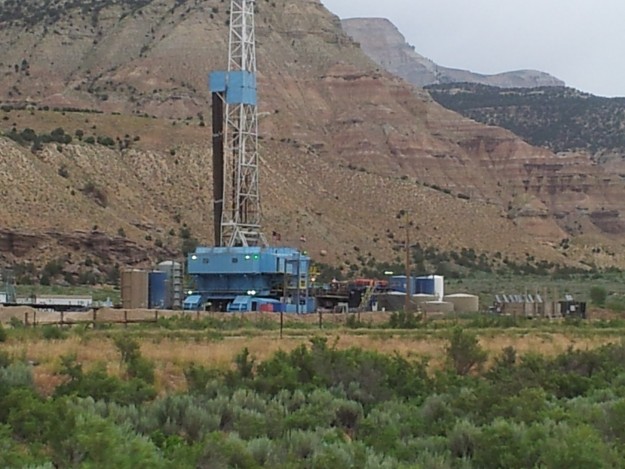 First, here’s an excerpt from the RMP story on Route Fifty. For the full story, go to RouteFifty.com:

Colorado Methane Rule Held Up as Model for California, Nation

DENVER — Methane emissions have been a hot topic so far in 2016, not just in the national environmental media but also in the mainstream press with the Aliso Canyon leak and the Obama administration’s concerted push to more stringently regulate the gas.

But in Colorado, a state often out front on fossil fuel production regulations, methane emissions are old news. The Colorado Air Quality and Control Commission in 2014 made the state the first in the nation to seek to limit methane emissions by the oil and gas industry.

Colorado’s methane rules, which compel the oil and gas industry to seek out and stop methane leaks and install equipment to capture 95 percent of methane and volatile organic compounds, are now being held up as a model for the federal government and other states, including California, which was already considering new rules even before Aliso Canyon.

Methane, the main component of natural gas, is 25 times more potent as a heat-trapping greenhouse gas than carbon dioxide, although it doesn’t stay in the atmosphere as long. It’s the second-most prevalent greenhouse gas, according to the U.S. Environmental Protection Agency, and the oil and gas industry is the largest single human-caused source at 29 percent.

Both the EPA and the U.S. Bureau of Land Management have proposed rules similar to Colorado’s aimed at limiting methane emissions from existing and proposed oil and gas production facilities, and the EPA earlier this month expanded its proposed rule. Officials in Colorado have praised the federal government for following in the state’s regulatory footsteps.

“We’re pleased to see that elements of the BLM’s proposed regulations on flaring, venting and leak prevention are modeled from Colorado’s rules, and will minimize the waste of natural gas while reducing harmful emissions,” Colorado Gov. John Hickenlooper said, when the BLM first proposed its new rules in January.

But the Western Energy Alliance, a lobbying group representing oil and gas production companies in 13 western states, does not feel the Colorado methane rules have been worth the money spent by industry to implement them.

“We don’t really believe that Colorado’s rule is necessarily a model for the entire country,” said Kathleen Sgamma, WEA’s vice president of government and public affairs. “States are 50 different independent laboratories … and we certainly don’t agree that it’s a cost-effective method.”

The VOCs are critical as the state grapples with tougher new EPA ozone standards. Methane reduction is key to combating global climate change, according to state officials and environmental groups, which also argue that oil and gas companies directly benefit from keeping methane out of the atmosphere and putting it into production.

“It’s the best bargain in air-pollution reduction today,” said former state lawmaker Dan Grossman, the Rocky Mountain regional director of the Environmental Defense Fund. “Unlike putting a scrubber on a power plant, which is only a cost, these measures put more product in the pipeline and offset a lot of the cost burdens on the operators to begin with.”

Now here’s an excerpt from The Nation post by McKibben, co-founder of 350.org, billed as the “largest global grassroots organizing campaign on climate change.”

Our leaders thought fracking would save our climate. They were wrong. Very wrong.

Global warming is, in the end, not about the noisy political battles here on the planet’s surface. It actually happens in constant, silent interactions in the atmosphere, where the molecular structure of certain gases traps heat that would otherwise radiate back out to space. If you get the chemistry wrong, it doesn’t matter how many landmark climate agreements you sign or how many speeches you give. And it appears the United States may have gotten the chemistry wrong. Really wrong.

There’s one greenhouse gas everyone knows about: carbon dioxide, which is what you get when you burn fossil fuels. We talk about a “price on carbon” or argue about a carbon tax; our leaders boast about modest “carbon reductions.” But in the last few weeks, CO2’s nasty little brother has gotten some serious press. Meet methane, otherwise known as CH4.

In February, Harvard researchers published an explosive paper in Geophysical Research Letters. Using satellite data and ground observations, they concluded that the nation as a whole is leaking methane in massive quantities. Between 2002 and 2014, the data showed that US methane emissions increased by more than 30 percent, accounting for 30 to 60 percent of an enormous spike in methane in the entire planet’s atmosphere.

To the extent our leaders have cared about climate change, they’ve fixed on CO2. Partly as a result, coal-fired power plants have begun to close across the country. They’ve been replaced mostly with ones that burn natural gas, which is primarily composed of methane. Because burning natural gas releases significantly less carbon dioxide than burning coal, CO2 emissions have begun to trend slowly downward, allowing politicians to take a bow. But this new Harvard data, which comes on the heels of other aerial surveys showing big methane leakage, suggests that our new natural-gas infrastructure has been bleeding methane into the atmosphere in record quantities. And molecule for molecule, this unburned methane is much, much more efficient at trapping heat than carbon dioxide.

The EPA insisted this wasn’t happening, that methane was on the decline just like CO2. But it turns out, as some scientists have been insisting for years, the EPA was wrong. Really wrong. This error is the rough equivalent of the New York Stock Exchange announcing tomorrow that the Dow Jones isn’t really at 17,000: Its computer program has been making a mistake, and your index fund actually stands at 11,000.

These leaks are big enough to wipe out a large share of the gains from the Obama administration’s work on climate change—all those closed coal mines and fuel-efficient cars. In fact, it’s even possible that America’s contribution to global warming increased during the Obama years. The methane story is utterly at odds with what we’ve been telling ourselves, not to mention what we’ve been telling the rest of the planet. It undercuts the promises we made at the climate talks in Paris. It’s a disaster—and one that seems set to spread.

The Obama administration, to its credit, seems to be waking up to the problem. Over the winter, the EPA began to revise its methane calculations, and in early March, the United States reached an agreement with Canada to begin the arduous task of stanching some of the leaks from all that new gas infrastructure. But none of this gets to the core problem, which is the rapid spread of fracking. Carbon dioxide is driving the great warming of the planet, but CO2 isn’t doing it alone. It’s time to take methane seriously.