Vail’s Lindsey Vonn will ski in Wednesday’s official downhill training run at World Cup races in Lake Louise, Alberta, Canada, according to the U.S. Ski Team. Vonn is trying to come back from a partially torn ligament in her right knee sustained in a training crash last month at Copper Mountain.

A decision on whether the defending Olympic downhill champion will race in downhill competitions at Lake Louise Friday and Saturday, along with super G on Sunday, will be made after the final official training session Thursday, according to the Ski Team. 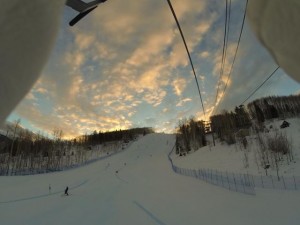 Sterett, together with the U.S. coaches, declared Vonn’s knee stable and cleared her to begin downhill training. Vonn, who was planning a comeback at Beaver Creek last weekend, re-injured the same knee she completely blew out in a crash at the World Championships in Schladming, Austria, last February.

“Another great day of training in Vail with my GoPro,” Vonn posted on Facebook on Sunday. “It was a beautiful sunrise. Can’t wait to head up to Lake Louise. Hopefully my knee will feel good and I will be racing!”

Vonn has won 14 times at Lake Louise and is just four World Cup wins away from the all-time women’s record for career victories.