Vonn back in action at Lake Louise, ready to test repaired knee 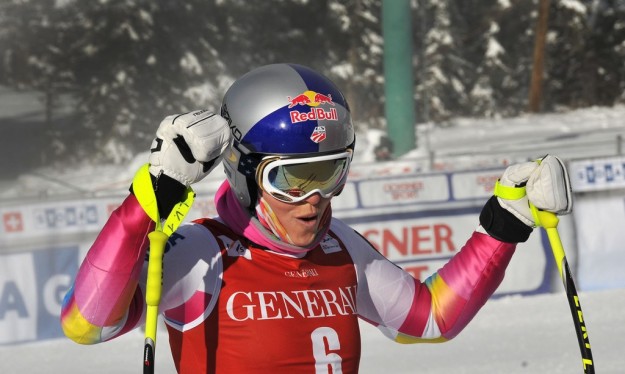 Vail’s Lindsey Vonn was back in action training at her favorite venue Tuesday, cruising to 18th in a downhill run at Lake Louise, Alberta, Canada.

Vonn, 30, is on a long and arduous comeback trail after a crash and knee injury at the World Championships in Schladming, Austria, in February of 2013. Her bid to return to action for the Sochi Winter Olympics earlier this year came up short when she reinjured her knee and tried to race without an ACL at Lake Louise last year, pulling off a miraculous 5th-place finish.

Ultimately, though, the 2010 Olympic downhill champion pulled the plug on her season and opted for a second surgery in January.

“I just have more confidence than last year,” Vonn said Tuesday after her training run. “I don’t really feel like the underdog; I feel like I’m just doing my best to have good runs and progress every day. I haven’t had a lot of training, so I’m using these training runs to try and work my way back into it. I feel confident. I hope to be on the podium, but I have to see how I stand.”

“I feel very strong, on par with my top years,” Vonn said Tuesday. “The difference is that I’ve obviously had two surgeries. I’m wearing a brace; things are different. I just have to trust my body at this point.

“I’m more aware of what’s going on in terms of the snow conditions and in training. If the snow isn’t good, I won’t run the course. I’m not taking excess risk. I’m going to save it all for the races and take it easier when training.”

“I’m surprised about my GS skiing,” Vonn said. “I thought it would take longer to come back, but I was skiing GS really, really fast in Copper. I was teetering on the border of racing in Aspen, but I needed to really focus on speed because we didn’t get much training as we hoped because there was so much snow in Colorado.”