State Sen. Kerry Donovan found it “interesting” that much of the focus of the sexual harassment debate during the first week of the Colorado General Assembly last week was on accusations made against Democrats in the Democrat-controlled House. 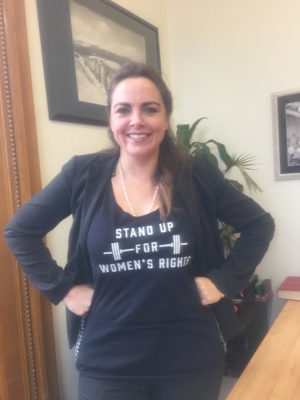 “There are the same number of accusations on the Senate side as there are on the House side, but we’ve just primarily been talking about the House,” said Donovan, a Vail Democrat. “There are two members accused in the House, and there are two members accused in the Senate, and everyone’s going through the process, and there hasn’t been a lot of information out there.”

Donovan would like to have more information on the complaint process facing two accused Republican senators, and she wants there to be a sense of urgency on the part of GOP leadership in the Republican-controlled Senate.

“It’s a very confidential and protected process, which I think is one of the issues that needs to be examined is how do you balance the transparency with the rights of the those who are involved?” said Donovan, whose district includes Vail, surrounding Eagle County and a large swath of the Western Slope.

“A lot of us are in a wait-and-see mode – anxious to see what the response of Senate leadership will be,” added Donovan, who wore a black T-shirt that read “Stand up for women’s rights” on the first day of the session last week. “I’m certainly trying to respect that process, but expect there to be some sort of action and response in the near future.”

In November, reporter Bente Birkland of the public radio collaborative Capitol Coverage began breaking a series of stories on allegations against Colorado state lawmakers. The wave of accusations, investigations and debate over sexual harassment came as the national #MeToo movement was driving powerful men from Congress and the entertainment industry.

Lawmakers, legislative aides and lobbyists leveled formal complaints alleging inappropriate behavior by Democratic state Reps. Steve Lebsock and Paul Rosenthal in the House and against Republican Sens. Randy Baumgardner and Jack Tate in the Senate. The complaints against Lebsock and the senators remain active, while the Rosenthal complaint was dismissed. 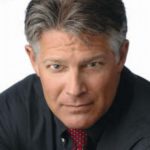 “That’s a good thing on one hand; that’s part of the confidentiality,” Paige said. “The flipside is it inhibits your ability to speak, so that’s the tension that you have to deal with right now is we want to be respectful of confidentiality. We can’t say to people, ‘’Come forward and we’ll respect your confidentiality,’ and then not do it.”

Paige said there is a sensitivity training session set for lawmakers and staff that will occur by early February, and that there have been conversations about increasing the frequency of those training sessions, which currently occur once a General Assembly, which includes two legislative sessions stretched over two years.

The legislature is also in the process of seeking a human resources staff member dedicated to everyone working in the state capitol – a position that does not currently exist. That nonpartisan staffer would be the point person on dealing with sexual harassment complaints.

And the legislature has put out a request for proposals seeking an independent, third-party entity to review the current sexual harassment procedures and policies to see where they stand in relation to other capitols and the private sector, looking for areas of possible improvement. All of that will take some time, Paige said.

“So there’s uncertainty, but it doesn’t mean a lack of urgency,” Paige said. “It just means there is a process. We can’t just hire anybody off the streets willy nilly to fill the position. We’re looking for a specific person who has a lot of experience in this particular realm.”

“Imagine the scenario of being – pick your party – but, for example, a young Democratic intern having to go to a Republican president of the Senate to express concern about a male Republican senator. Just horribly intimidating,” Donovan said. “So, having this third party will be a very important step, but while we’re approving that process, we also need to be cognizant that the current complaints are addressed.”

“There are some people who believe that either your gender or your party designation might potentially sway how you judge these things,” Paige said. “I don’t know if I buy that premise, honestly. I think most people in this building are honorable people.”

As far as the current process goes, Paige agrees there is urgency.

“We obviously want to get something done as quickly as possible – find out what we can do to finetune our processes or improve them or whatever – but again, sometimes you can do it fast or you can do it right,” Paige said. “Just doing something for symbolic purposes or for the sake of doing it is not going to get us where we want to go.”