If Vail’s Heidi Kloser continues her current hot streak in moguls, the 21-year-old could lock up an Olympic berth for next month’s Sochi Winter Olympics this weekend in the final qualifying event at Val St. Come, Quebec. 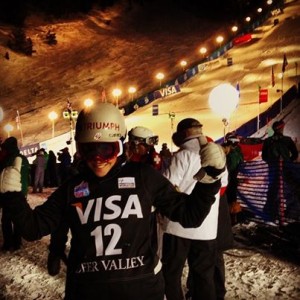 “I was a little out of control on my first finals run, going really fast, but then when I was able to get it under control I knew I could push it for my next run,” Kloser said. “I’m really happy with this result and it feels good to be on the podium.”

Last week in Deer Valley, Utah, Kearney won and Kloser came in fifth – one of her best career results until Wednesday’s second-place finish.

“Got fifth here in Deer Valley!” Kloser wrote on her Facebook page. “Feels good to be back in the top five again.”

The U.S, moguls team now heads to Val St. Come, Quebec, for a World Cup on Sunday — the last qualifying event before the Olympic Games in Sochi. The official team nominations will be made on Tuesday, Jan. 21.

One more podium would seal an Olympic berth for Kloser, a Ski and Snowboard Club Vail athlete.