Snowboarders coming to U.S. Open in Vail next month draped in Olympic medals

In less than a month, a whole lot of Olympic hardware will be riding into town for the Burton U.S. Open Snowboarding Championships March 5-10 in Vail. 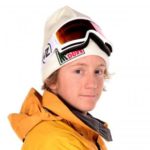 And newly minted halfpipe gold medalist Chloe Kim of Long Beach, Calif., will try to claim her fourth straight U.S. Open title at the age of 17 (just like Gerard, who will be hunting his first U.S. Open win). Kim will be joined by Pyeongchang halfpipe bronze medalist Arielle Gold of Steamboat Springs in the women’s halfpipe.

Both of the halfpipe riders just claimed their Olympic medals Tuesday (Monday night in Colorado) in the Phoenix Park pipe, and both are on the schedule for the 2018 U.S. Open in Vail.

The men’s halfpipe final on Wednesday in Korea (Tuesday night in Colorado) could send a couple more medalists to the U.S. Open in Vail, as two-time Olympic gold medalist Shaun White — the defending champion in halfpipe at the U.S. Open — easily made it through with the top score of 98.50 in qualifying on Tuesday at Phoenix Park. 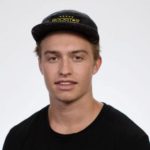 Also scheduled to be in Vail next month is Eagle’s Jake Pates, who at age 19 turned in a sizzling second-run score of 82.25 in qualifying at Pyeongchang to secure a spot in Wednesday’s final (Tuesday prime time in the U.S.).

On the women’s side, Kim showed on Tuesday she will be the rider to beat in women’s halfpipe for many years to come.

“Going to my third run I knew I had the gold,” Kim said. “But I also knew I wouldn’t be satisfied taking the gold and knowing that I hadn’t put down my best. That third run was for me — to put down the best run I could do.  I learned after the second run that my grandma was in the finish. I said, ‘This one’s for you grams.’”

Gold, on the other hand, needed to nail her third and final run in the finals to hold onto the bronze.

“Coming in I knew I was going to need to land that run to be on the podium,” Gold said. “I was committed to it all three runs. I felt pretty relaxed going into the third run. I knew I could let loose and do everything I could.”

Gold bumped legendary rider and 2002 Salt Lake City gold medalist Kelly Clark off the podium in what will likely be the last Olympics for the 31-year-old.

“It was a bittersweet position to be in knowing it was between Kelly (Clark) and I for the bronze medal,” Gold said. “She’s someone I’ve looked up to ever since I started snowboarding – even more so when I got to spend time with her over the years and have gotten to know the kind of person she is.”

Clark, who’s scheduled to rider in Vail next month, was philosophical about her final run.

“Not many athletes get to stick around long enough to see what their legacy will look like,” Clark said. “This U.S. women’s team is an incredible group of talented young women and I’m so proud of them. I think my Olympic career could end today, but theirs is just getting started.”