Eagle County Clerk and Recorder Teak Simonton sent a strongly worded email to the Colorado Secretary of State’s Office over the weekend accusing Republican poll-watchers of obstructing voters and making Eagle County staff, election judges and voters “uncomfortable” by “stepping over the line” on Saturday in Eagle. 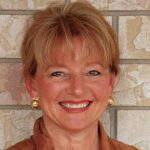 “I will be in Eagle on Monday and Tuesday [at the Eagle County Voter Service and Polling Center] and will not tolerate any BS or obstruction to voter rights or reasonable processes,” wrote Simonton, a Democrat who’s running for country treasurer.

“We are 100% ready and willing to let [poll-watchers] see and understand all of our processes, but if they in any way intimidate our voters, use tactics that make voters question our integrity with no basis, communicate with our judges directly or obstruct the process in any non-productive manner I’ll have them escorted from the building by security and inform the party leaders afterwards,” added Simonton.

Simonton’s allegations of voter obstruction come just as voters are headed to the polls Nov. 8 to decide one of the most heated and ugly presidential races in modern American history, with Republican candidate Donald Trump calling the election rigged and urging vigilance to combat voter fraud he says will be rampant but has been largely discredited by clerks across the nation.

The threat of violence up to and on election day Tuesday looms large across the nation, but especially in typically conservative states like Arizona with a strong right-wing militia and anti-immigration presence.

Simonton told Colorado Secretary of State Wayne Williams, a Republican, that a Republican poll-watcher in Eagle on Saturday got very close to a Spanish-speaking citizen who was looking for help registering to vote and obtaining a ballot. The poll-watcher, she said, made the voter and election officials “uncomfortable.”

Then a Republican poll-watcher complained to Simonton’s election manager that someone who doesn’t speak English is a citizen, Simonton said in her email.

Hispanic voting is reportedly surging as voters respond negatively to Trump’s strong anti-immigration rhetoric, including his promises to build a wall on the border of Mexico and initiate mass deportations.

Another voter dropped his ballot in Eagle and asked my staff how he could make sure his ballot was accepted by signature verifiers, Simonton said, adding a staff member told him he could check govotecolorado.com. A Republican poll-watcher then allegedly chased him outside and told him he should challenge that advice.

Simonton told the SOS she isn’t sure what could be challenged and didn’t understand what part of the process the poll-watcher was concerned about.

A spokeswoman for the Secretary of State’s Office said officials there are not currently receiving an inordinately large number of complaints from election officials across the state alleging improprieties by poll-watchers.

“Over the years, we have had sporadic reports of aggressive poll watchers on both sides,” Colorado SOS spokeswoman Lynn Bartels said in an email.

However, Bartels last month took umbrage with Trump’s “rigged election” accusations, which in Colorado have centered on the validity of the state’s mail-ballot-only system (ballots can be dropped off at polling places but no longer mailed).

“Donald Trump has been tweeting about elections being rigged, but he offers no evidence of such,” Bartels tweeted. “I can say on Twitter I’m a super model, but that doesn’t make it so.”

Simonton told the SOS she is hopeful that Republican poll-watchers calm down today and tomorrow.

“Hopefully they were feeling their oats [Saturday] and it won’t be a problem on Monday or Tuesday,” she wrote.

Fisher made the same move after her own party unsuccessfully sued her, alleging voting irregularities in the close election of former Democratic County Commissioner Arn Menconi the previous year. Fisher was later elected as a Democratic county commissioner. Menconi is now running as a Green Party candidate for Colorado’s U.S. Senate seat.

The Eagle County Republican Party did not immediately respond to an email requesting comment for this story.