The Democratic battle to challenge U.S. Rep. Scott Tipton for his sprawling 3rd Congressional District seat is coming into focus, with former Eagle and Routt County state Rep. Diane Mitsch Bush taking the top line on the June 26 primary ballot at the Democratic State Assembly in Broomfield over the weekend.

threshold with 41.4 percent of the delegates.

On Monday, former Eagle County Commissioner Arn Menconi successfully petitioned his way onto the ballot, according to the Colorado Secretary of State’s office.

Mitsch Bush on Monday announced her campaign raised $146,012 in the first quarter of fundraising and has $163,578 cash on hand . At the close of Q1, her campaign overall has raised $346,684 from 1,040 individuals, with 72 percent of the contributions coming from donors contributing of $100 or less.

“I am proud to have received contributions as small as $2 and as large as $5,400,” Mitsch Bush said in a press release. “People from all walks of life, and all reaches of the district, have invested their hard-earned dollars in this campaign. My team works hard every day to honor that.”

Mitsch Bush then targeted Tipton in a follow-up statement. 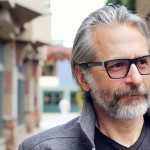 “People in our district are looking for answers to their problems,” she said. “They want a fair economy that works for everyone, universal, single-payer healthcare, and a secure environmental future. As their congresswoman, I will give voice to their priorities. Scott Tipton has failed to fight for his constituents and he’ll be held accountable this November.”

Hanlon was happy to solidly make the ballot but has much bigger plans.

“Running isn’t winning,” Hanlon said in a release. “The only thing that matters here tonight is that we win in November. We need to be bold. Do things differently. Take risks. We need to earn back votes in Pueblo. We have to pull in unaffiliated voters and reach disaffected Republicans that want to see this country move forward as much as we do.  Most of all we need to reconnect with all the people of the district.”

CD3 includes most of the rural and largely conservative Western Slope but also stretches down to Pueblo on the Front Range.

“It’s going to be the straight-laced, moderate Carbondale Democrat Karl Hanlon running against fiery, left-wing Routt County Democrat Diane Mitsch Bush in the primary this June,” observed state assembly delegate and former Carbondale trustee Allyn Harvey. “They are very different candidates, in both substance and style, so Dems and Independents from Pueblo to Craig, Durango to Steamboat have a real choice to make.”

Harvey, a consultant and former editor of the Aspen Times, credited Hanlon’s delegates for showing more class at the CD3 assembly.

“At the 3rd CD assembly Friday night, Hanlon’s supporters proved far more gracious than Mitsch Bush’s,” Harvey said. “His delegates clapped and cheered for her more frequently and with greater enthusiasm than hers did for him. In fact, the Mitsch Bush crowd was silent throughout Hanlon’s address.”
Menconi is a long-shot congressional candidate who in 2016 sought Michael Bennet’s U.S. Senate seat as a member of the Green Party.

Here are Menconi’s petition numbers, according to the Secretary of State: