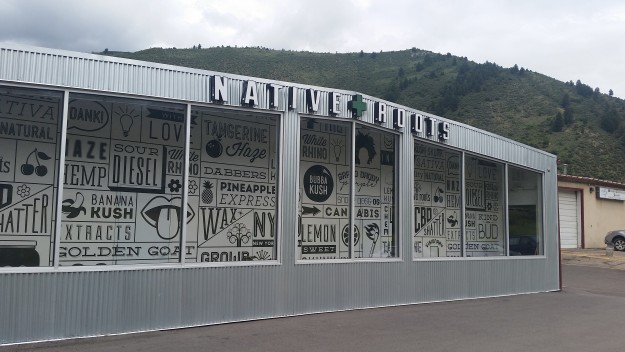 Retail marijuana can be purchased just a few miles from Vail at stores such as Native Roots in Eagle-Vail, but Vail officials are poised to ban stores in Vail proper (David O. Williams photo).

Vail Mayor Andy Daly says the ski town’s older guests, many from more conservative parts of the country, are not ready for pot shops next to their favorite fur stores and fine-dining establishments in the heart of Vail Village. 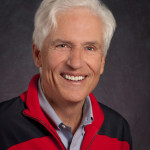 “I really believe that we’ve spent tremendous time and money developing a very definitive Vail brand, and it’s one that is based on quality and professionalism,” Daly said. “So while marijuana for the state overall is fine, what we have to look to in Vail is really protecting our brand.”

To that end, Daly is ready to vote at Tuesday night’s Vail Town Council meeting to finally make a long-standing temporary ban permanent and prohibit retail pot shops, clubs and other establishments within the town boundaries of Vail.

“I don’t feel like marijuana at this time is consistent with our brand,” Daly added, “and it begs the question in my mind of what you gain by approving it versus what you potentially lose by embracing it and making retail marijuana available for sale.”

Vail’s Ordinance No. 10 (pdf), which, if it passes, would require a second reading on Aug. 4, runs counter to other ski towns such as Telluride and Aspen, which have approved retail sales right in town at the base of the ski slopes.

But Daly says Vail should look to Breckenridge, where voters and the town council decided last year to prohibit pot shops on Main Street. Otherwise, he says Vail risks alienating older guests from red states like Texas who may not be ready for Colorado’s liberalized pot laws.

“If you look at our demographics, it’s an older demographic,” Daly said. “Certainly we’re moving towards a younger demographic, but at this point that older demographic is extraordinarily supportive. They spend a lot of money with us and I see no reason to either antagonize them or give them some excuse not to continue to come to Vail.”

Daly also points out that 15 percent of Vail’s economy is based on international tourism, and many of those guests, he says, are uncomfortable with retail marijuana sales.

“One of the things our Brazilian guests, our Mexican guests, our Venezuelan guests reinforce over and over again is that what they love about Vail is that they can come here, feel absolutely safe, and their children are free to roam in a way that they cannot roam at home,” Daly said. “They think that marijuana may complicate that, and they don’t want their kids exposed to it.”

Vail Town Council member Greg Moffet says he does not favor retail sales in Vail but is unlikely to vote for the ordinance, which would be subject to review in three years. He feels pot shops are already banned in town because anyone looking to open one would have to apply for a conditional use permit under Vail’s zoning laws.

“What it is is making redundant law, which is by definition in my mind bad law,” Moffet said. I’m a Republican. Why would you make extra laws?”

However, Moffet would like to see the state legislature allow for marijuana bars across Colorado the way Denver voters may be asked to do in November. Vail, he says, doesn’t need pot shops in the town core, especially with so many stores just a few miles away along Eagle-Vail’s “Green Mile”, but could use some bars in town where marijuana can be consumed legally and discreetly.

“If all you had was liquor stores and no place to consume the liquor, people would be drinking it in the streets, and that’s what we have with pot,” Moffet said. “As it is now, we’re doing more damage to our brand by not having a place for people to smoke marijuana because they’re smoking it in the west end of the Vail Parking Structure.”

People are purchasing pot legally in Eagle-Vail but are consuming it illegally in public places because Colorado marijuana laws only allow for consumption in private homes. There are some pot-friendly hotels that have smoking rooms, but otherwise social consumption is banned.

“If the model I describe were in place, we could zone a [marijuana] bar in one or two spots,” Moffet said. “I’m certain they would be discrete, and I’m certain they would have zero impact. It would be entirely consistent with our brand. Why wouldn’t we try to contain it instead of what we’re doing now, which is dispersing it?”