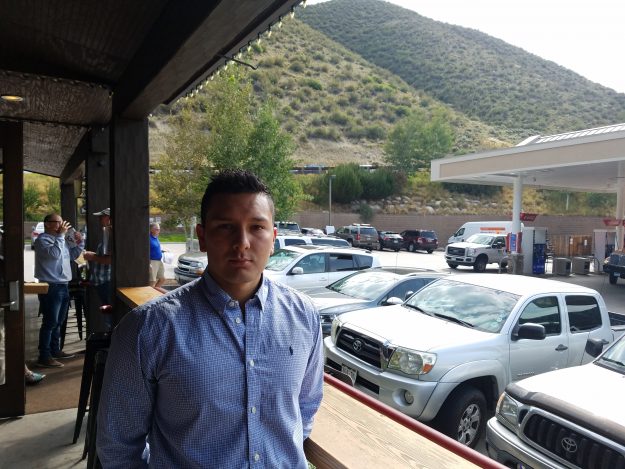 I got some great response to an article I wrote recently on local Dreamer, early college grad, Battle Mountain Husky standout and former SOS Sherpa Alex Trujillo. The story was in the context of the DACA (Deferred Action for Childhood Arrivals) program facing an arbitrary Sept. 5 deadline.

If you don’t know, DACA was put in place by former President Barack Obama in 2012 and allows more than 750,000 immigrants who were brought here at a very young age by their parents to legally work and study in the United States without being targeted for deportation.

It’s a rigorous program that requires registering with the federal government and staying out of legal trouble, but some Republican states attorney generals want President Donald Trump to rescind the program or face legal challenges that the administration may choose not to fight in federal court.

Trump on the campaign trail last year promised to end DACA, but then after winning the election he promised to “show great heart” in dealing with DACA recipients, many of whom have never been back to their country of birth and know no other nation than the United States. The program enjoys bipartisan support and is the focus of multiple legislative solutions that would provide paths to citizenship.

With ICE arrests on the rise nationally and locally, some Dreamers are fearful that they’ll be easier to target than immigrants who remained in the shadows. And some GOP lawmakers are signalling they want to use the DACA program as a bargaining chip in a broader effort to crackdown on illegal immigration and perhaps even build Trump’s border wall.

That would be morally and economically wrong, in my opinion, and anyone who cares about this issue needs to contact Colorado’s congressional delegation immediately (see contact list below) and express their support for DACA and opposition to hard-line anti-immigration elements looking to oust Americans who came here without any choice but have stayed out of trouble and contributed to society ever since.

Cope tweeted support for my article over the weekend, and reminded me on Sunday that Alex Trujillo was part of that 2012 state championship soccer team, among his many other accomplishments at such a young age. Cope’s tweet is below.

And please find your lawmaker below that — for most of us here in Eagle County it’s either Jared Polis or Scott Tipton — to weigh in on DACA. Tipton, in particular, needs to hear from people on the Western Slope who support our local Dreamers.

Great article by @davidowilliams about Alex, All State player graduated college a year early, ready to contribute. @RepTipton get on board! https://t.co/R48u7Xh3oH