Ligety shakes off injury, cruises to 7th in downhill training

Birds of Prey action kicks off Friday, continues through Sunday 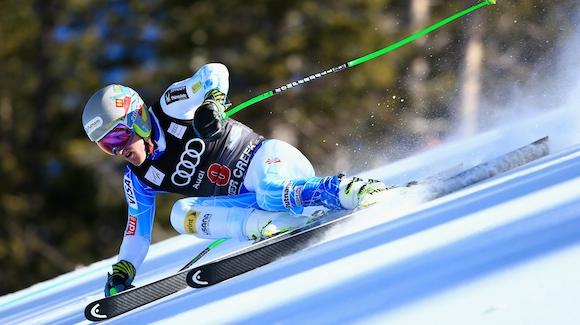 Not only will Ted Ligety race this weekend at Beaver Creek despite dislocating his wrist in Vail a couple of weeks ago and requiring surgery, but America’s only two-time Olympic gold medalist in alpine skiing appears to be in top form.

The Park City native uncorked the seventh fastest time in the second and final downhill training run on Wednesday ahead of the main event on Friday. Realistically, though, Ligety is not among the favorites in the speed events. The annual Birds of Prey men’s World Cup races get under way Friday at 10:45 a.m. with the downhill.

Of his 23 career World Cup wins (third best all-time among American men and tied for 16th overall), only one has come in a race that included a speed event: a super combined earlier this year in Wengen. Still, the 30-year-old did win a super-G gold at the last World Championships in Schladming, Austria, in 2013.

So “Shred” could surprise people in Saturday’s super-G, which kicks off at 11 a.m. at Beaver Creek’s new Red Tail Finish Stadium.

But it’s Sunday’s giant slalom where the four-time World Championships gold medalist will no doubt shine. Ligety is a four-time World Cup winner in the GS at Beaver Creek, which kicks off with the first run at 9:45 a.m., Sunday, followed by the second run at 12:45 p.m.

“The course is feeling good,” Ligety said after training Wednesday. “It’s always prepared so awesomely here. It’s so much fun to ski this hill. It would take a miracle run for me to podium in downhill, really, but I think I have a good chance in super-G and giant slalom, so I’ll just be skiing good top to bottom.”

In Friday’s downhill, American superstar Bode Miller won’t be racing this weekend because he’s recovering from back surgery (although he hopes to return for Worlds in February), but Californian Travis Ganong could threaten the Europeans. He was fourth in Wednesday’s training, although he’s dealing with tibial plateau injury sustained in training earlier this season at Copper Mountain.

Still, Ganong likes what he’s seen in training — a course more reminiscent of past, wide-open tracks at Beaver Creek.

“The track is just way more open, forgiving, there are no turns on the whole hill — just looking for speed everywhere and going down the fall line,” Ganong told Ski Racing Magazine.

The races are free and open to the public, which can ride free shuttles up to the race venue out of Beaver Creek Village. Go to the Vail Valley Foundation website for more information. The Birds of Prey World Cup is considered a tuneup for the World Championships at Vail and Beaver Creek Feb. 2-15.

Ligety says there’s no real advantage or added pressure to skiing well on the Birds Prey this early in the season with Worlds nearly two months away.

“All of us have skied the hill so many times, it doesn’t change anything for World Champs,” Ligety said. “It’s an indicator, sure, but it’s not the end-all-be-all. We’re still months away from the World Champs, so it’s not really a huge concern.”

But he is very psyched to ski in his first major event on home snow in the United States.

“It’s going to be great having it here,” he said. “They always do an awesome job prepping the hill here, so it’s a treat to race here because of that. You’d be surprised that the mass majority of our World Cup races are prepared pretty badly, whereas here they do an awesome job.

“Everyone loves coming here because of that. Plus, the fact that it’s here on home soil and the Euros have to live out their duffel bags like we have to all of the time — it evens the playing field a little bit.”