Colorado Gov. John Hickenlooper, a Democrat, is largely opposed to suing the EPA over its Clean Power Plan — an action taken Friday by Colorado Attorney General Cynthia Coffman, a Republican. 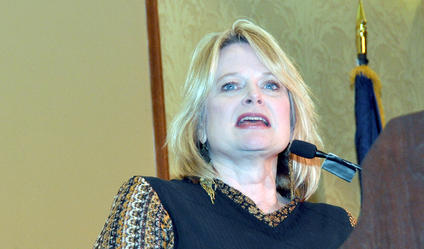 “We do not support this lawsuit,” Hickenlooper said in an email statement to The Colorado Statesman. “Clean air and protecting public health should be everyone’s top priority. Colorado’s interest is best served by an open, inclusive process to implement the Clean Power Plan.”

The CPP, published on the Federal Register on Friday, would require power plants to cut carbon emissions by 32 percent from 2005 levels by 2030, converting coal plants to natural gas, nuclear energy and renewable sources. Two dozen states, as well as coal giant Murray Energy, quickly filed suit seeking to block the plan in the U.S. Court of Appeals in Washington, D.C.

“This lawsuit will create uncertainty for the state and undermine stakeholders’ ability to plan for and invest in cost-effective compliance strategies, something that the attorney general has been advising the state on,” Hickenlooper said. “Colorado has already made great progress in clean air and clean jobs, and worked extensively with the EPA to ensure we have the time and flexibility we need.”

Coffman, in an interview with The Statesman, said she is protecting the state’s right to determine its own energy destiny without federal overreach from a regulatory agency that is attempting to circumvent its congressional authority.

“The reason I felt Colorado needed to be a part of the lawsuit is that, as attorney general, I have an independent responsibility to the people of the state as a client to stand up when there is an action by federal government that infringes on the state’s powers and authority,” Coffman said.

Coffman added that renewable energy sources such as wind and solar are more expensive for consumers and less reliable than fossil fuels, making the CPP “an overreach that has significant potential impacts on the energy economies of all of the states.”

But Hickenlooper counters that Colorado is already on track to comply with the CPP, having converted several coal-fired power plants to natural gas and other sources of energy since the implementation of the Clean Air Clean Jobs Act by the state legislature in 2010.

“We believe that Colorado can achieve the clean air goals set by the EPA, at little or no increased cost to our residents,” Hickenlooper said.

Coffman said she again discussed the EPA litigation with the governor on Thursday, after first announcing her plan to join the lawsuit in late August, and she advised him the state can continue with CPP implementation planning while waiting for a judge’s decision.

“As I explained to the governor, while it is not a custom and certainly not something I want to do with great regularity, it is not unusual for state attorneys general and governors to take a different path on an issue like this,” Coffman said, pointing out that several other states are in the same situation regarding the CPP lawsuit.

Some of those states have governors who prefer not to sue, Coffman said, and they are continuing their implementation planning.

“The two processes can go on simultaneous to each other, and my signing onto the lawsuit doesn’t interfere with the ability of the state to comply, but we will be doing so waiting for an answer on the legal issue, and I don’t know how long that will take,” Coffman said, adding the state can still plan for the CPP despite the suit’s request for an immediate hold on all deadlines.

Coffman said that on Thursday she also discussed with the governor the possibility of joining New Mexico and Arizona in suing the EPA for its role in causing the Gold King Mine spill near Silverton that pumped more than 3 million gallons of acid mine waste into the Animas River.

“[The governor] and I have different vantage points from which we are viewing this, and different parts to play in the process,” Coffman said. “And mine is to make sure that I am protecting the legal rights of the state to determine its own destiny – not just in a case with the EPA about carbon dioxide emissions, but in other types of cases too.”

Coffman also addressed accusations that her office is being swayed by Texas energy-industry attorney Mike Nasi, whose communications with the AG’s office were revealed Thursday on the website Colorado Pols after the Washington, D.C nonprofit Public Citizen forwarded results of a Colorado Open Records Act request.

“It has become increasingly clear that Cynthia Coffman is more interested in doing the bidding of dirty fuel interests and out of state Texas lawyers than protecting and representing Coloradans,” Conservation Colorado Executive Director Pete Maysmith said in a prepared statement.

“We were dismayed to see recently released documents which show the close collaboration between Coffman and conservative Colorado state senators attempting to stymie state action on the Clean Power Plan.”

The documents have to do with advice Coffman’s staff provided to Republican state Sen. John Cooke last legislative session while he was running his ultimately unsuccessful Colorado Electric Consumers’ Protection Act, which would have required coordinated review of the state’s carbon reduction plan.

“I don’t know Nasi,” Coffman said Friday. “I’ve never met him and honestly, when somebody brought that name up yesterday, I said, ‘Who the heck is that?’ I understand that he was working with John Cooke on legislation this past session that dealt potentially with having the state review or having the PUC review whatever the implementation plan is on the Clean Power Plan.”

That’s the proper role of the AG’s office, Coffman added, when a legislator is seeking advice on a bill.

“And finally, I would say to people who would think that I have been influenced by the energy industry, that they must not know me that well because am not that easily influenced,” Coffman concluded.