Hannah, Young: A match made in protest heaven

I met and interviewed actress and activist Daryl Hannah a bit by accident in Montrose, Colo., in 2009 when she was attending a county commissioner hearing for proposed uranium mill that never got built. 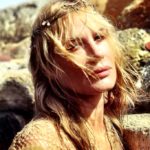 I saw rock legend Neil Young in concert purely by happenstance sometime in the early 90s when he walked onto stage at the American Music Festival in Winter Park, Colo., to join headliners Lyle Lovett and Bonnie Raitt. Young’s son was attending the nearby Easterseals 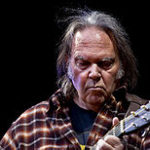 Rocky Mountain Village in Empire, and Young just stopped by to jam.

Now Young and Hannah have reportedly married in California and Washington state.

I long admired Hannah’s passion for environmental causes and in retrospect her resistance against alleged predator producer Harvey Weinstein. And knowing now how private and to some degree media-shy she can be, I’m glad she gave me that interview in the Montrose county building that day (see the re-posted Colorado Independent story below).

Young will always live large in my musical memory for his classic protest songs (“Ohio”, “After The Goldrush” and “Rockin’ in the Free World”), his influence in the 1990s grunge movement and that classic “Old Man” bit with Jimmy Fallon.

Now here’s that re-post of my Sept. 30, 2009 Colorado Independent interview with Hannah:

MONTROSE — Actress and environmental activist Daryl Hannah says all the heated rhetoric over who should have the most say about the proposed Piñon Ridge uranium mill — western Montrose County mining families or affluent residents of Telluride and surrounding San Miguel County — is a moot point to Mother Earth.

“The earth doesn’t know about these sorts of lines that we draw,” said Hannah, who didn’t want to reveal what town in San Miguel County she lives in, but did say it isn’t Telluride. “These boundaries and these borders are manmade, but the air and the water and the soil and the wildlife don’t really recognize those boundaries.”

Supporters of the Piñon Ridge mill, proposed by Canada-based Energy Fuels for the Paradox Valley on the western edge of Montrose County, say the plan will revive the area’s long-dormant uranium-mining industry and provide a much-needed economic boost. But determined opposition cites health risks, environmental issues and transportation problems in seeking to block the mill.

In a special meeting this morning, Montrose County commissioners will have to weigh the potential risks against the possible rewards of reviving the yellowcake boom in the area around the toxic ghost town of Uravan, which produced some of the uranium ore for the first atomic bomb produced by the Manhattan Project. The commissioners have to decide on a special-use permit for Piñon Ridge because the land is currently zoned agricultural.

“It’s kind of mindboggling to me to hear people say I worked at the Uravan mill, and it was a booming economy at the time and I wish that we could go back to it,” Hannah said of the EPA Superfund site, which she said she lives closer to than most Montrose County residents.

“But you look at Uravan now and it’s completely fenced off and it says, ‘Radioactive, do not enter, dangerous, use caution.’ The whole thing was torn down and you can’t even climb around in there, you can’t even go for walk in there. It’s a completely toxic waste site now.”

Proponents say technology and government regulation have improved dramatically since the atomic heyday of the 1950s and ’60s, and they point to growing demand for nuclear power as a carbon-free power source to combat global warming.

Even Democratic U.S. Sen. Mark Udall of Colorado, once hesitant to push for a full revival of the nuclear power industry, joined a Republican colleague, John McCain of Arizona, in calling for nuclear as a “part of the mix” that will reduce dependence on fossil fuels and hopefully reverse climate change. The two addressed the topic together late last month in Estes Park.

Udall on Tuesday clarified his position to The Colorado Independent as it relates to a revival of Colorado’s uranium-mining industry:

“You can’t consider expanding nuclear power without uranium mining, but that does not mean supporting irresponsible mining,” Udall said. “It’s important that the state — which is the delegated agency for permitting authority for uranium mining — ensures that uranium mining is done safely, responsibly and with the full input of the affected communities.”

Energy Fuels is expected to apply for a permit from the Colorado Department of Public Health and Environment by the end of next month. Environmentalists want the county commissioners to put off their decision until the state has fully analyzed the Piñon Ridge plan.

“We would prefer that they would deny this altogether, but I don’t think that’s going to happen, so we would like them to delay their decision until there’s more information available from the state,” said Hilary White of the Telluride-based Sheep Mountain Alliance. “Our organization is considering a legal challenge of any approval [the commissioners] issue.”

Meanwhile, a front page story in the Montrose Daily Press on Tuesday focused on federal litigation aimed at forcing the U.S. Department of Energy (DOE) and other agencies to perform comprehensive environmental impact studies (EIS) on expanded uranium mining in the area under the National Environmental Policy Act(NEPA).

In 2007, the DOE’s Office of Legacy Management Uranium Leasing Program assessed no impacts from extending leases for 13 existing uranium mines and up to another 25 mines in western Colorado. On behalf of a coalition of environmental groups, the Durango-based Energy Minerals Law Center and managing attorney Travis Stills filed suit against the DOE.

“Travis Stills doesn’t want to see any uranium mining or milling of any kind. He’s out to stop us,” Energy Fuels CEO George Glasier told the Montrose Daily Press. “If DOE, [the Bureau of Land Management] and [U.S. Environmental Protection Agency] end up having to do EISes on whatever facilities the courts or agencies decide, then the final output of that is one more regulatory process we will comply with, but it is a federal problem and not Energy Fuels.”

Stills told the paper: “I’m waiting for a mill that is totally responsive to protecting the environment and workers and that recognizes the great risks involved. So far Energy Fuels is a back-of-the-envelope project. We have to see what they really plan to do.”

5 Responses to Hannah, Young: A match made in protest heaven