Edible battle shaping up between cannabis industry, lawmakers next session 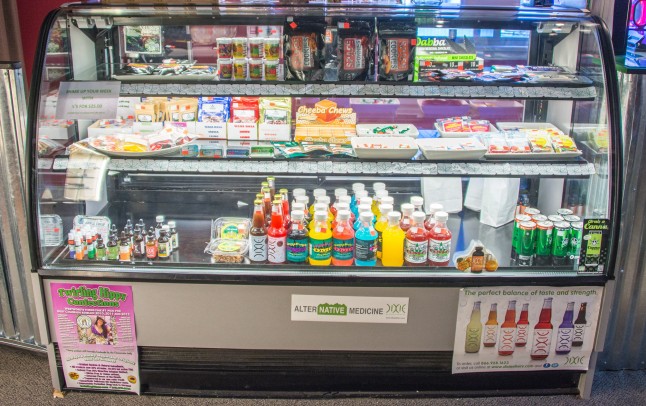 Marijuana entrepreneur Nick Brown prefers education to regulation when it comes to the packaging, production and marketing of edible pot products so they stay out of the hands (and mouths) of kids.

“With cannabis, parents really need to explain the edible side of things to their children,” Brown told The Colorado Independent. “You really could end up in the hospital or at least think you need to go to the hospital if you consume too much of an edible product – the gummy bears, the cookies, the brownies.”

That educational focus is understandable coming from Brown, an owner of High Country Healing and its seven retail and medical outlets in Silverthorne, Colorado Springs and Alma. The Princeton grad says his career arc in the pot biz dispels many marijuana myths. 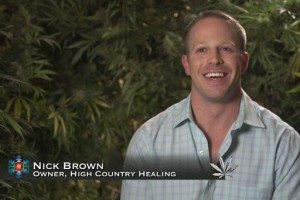 “I’ve consumed cannabis the majority of my life – I’m 32 years old – and I’ve never done a hard drug in my life,” he said. “It’s been the opposite of a gateway drug for me. I was actually the Colorado Football Player of the Year in high school and then I ended up playing football at Princeton for four years while consuming cannabis the whole time. I graduated in four years.”

Children’s Hospital Colorado has reported a rise in the number of kids admitted after accidently consuming marijuana – from eight all of last year to 14 through the end of October this year.

Brown understands wanting to keep children from indulging in the products he peddles, but he’s leery of state overreach. Last month a working group formed as the result of House Bill 1366 opted to forward a wide-ranging mishmash of recommendations to next year’s General Assembly in order to pass new packaging rules for retail marijuana.

The bill mandates new rules for 2016 that must address “how edible retail marijuana products can be clearly identifiable … to indicate that it contains marijuana, is not for consumption by children, and is safe for consumers.”

State health officials have suggested everything from essentially banning all edibles to requiring stamps or standard colors on edibles to clearly mark them as marijuana products. But many retailers like Brown say their edibles already are very clearly packaged and childproofed.

“They’ve already gone to an nth degree in requiring childproof type packaging to make it tough for anybody who’s under five years old to be able to get into the packaging,” Brown said. “It’s already really costly for these edible companies and now for us to make sure that the packaging is childproof, and it’s got to be in extra packaging.”

The State Legislature will take up the issue once the new session begins Jan. 7.

“I wanted to know the difference between a marijuana cookie and a Chips Ahoy! cookie just by looking at it,” Rep. Jonathan Singer, D-Longmont, told the Denver Post after the final working group meeting last month. Singer was one of the sponsors of HB 1366.

Republicans who now control the State Senate may be more aggressive in regulating the state’s nascent retail marijuana industry after the shift in power following the midterm elections. But incoming state Sen. Kerry Donovan, D-Vail, says the edible issue is just another piece of the puzzle as lawmakers grapple with the real-world implementation of 2012’s Amendment 64.

“Those edibles – is a Swedish Fish a Swedish Fish? – those are just all the things that we’re going to have to be talking about and making sure we’re being smart about it and we’re also giving our law enforcement and safety professionals good rules to enforce,” Donovan said.

Like liquor or prescription medicine, marijuana retailers argue parents need to be responsible around their kids.

“It is tough today when you see something out of its package, [knowing] whether it’s infused with cannabis or not, and that’s definitely a danger,” Brown said. “But store owners and people in the industry believe that that’s really a responsibility of a family’s home life.”

“Most parents have a liquor cabinet at home, right?” Troeger said, suggesting similar precautions for pot. Mainly, though, he says parents need to know what edibles look like and educate their kids about the dangers.

“Come in here, see what it’s like, ask us questions,” Troeger said. “We’re here for people; otherwise we’d just have a vending machine. The whole point of having a staff here is to be knowledgeable and to share. That would be my advice to parents is to come in here and educate yourself and share [information] with your kids.”