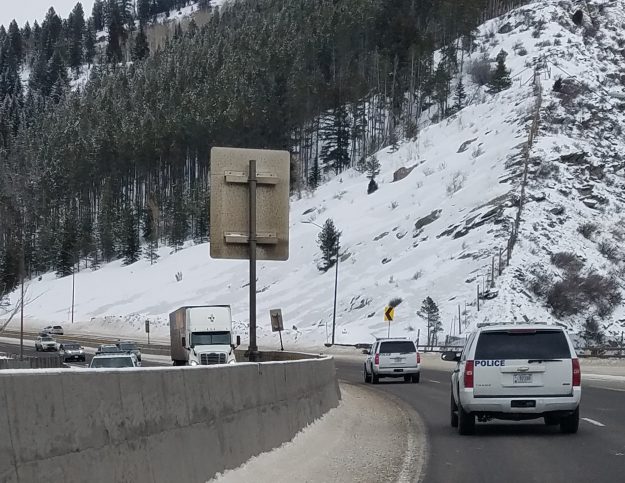 The Eagle County sheriff and district attorney say they’re not seeing increased Immigration and Customs Enforcement (ICE) arrests locally, despite persistent rumors, but both are worried community concerns about a crackdown could hamper their own investigations and prosecutions.

“Being a victim is not going to get you deported,” Eagle County Sheriff James Van Beek said. “I’m going to treat you as a victim, I’m going to treat you with dignity and respect, and I’m going to serve you like I need to and try to resolve [crimes]. You shouldn’t be victimized. I know there are a lot of folks who are very scared, and we’re trying to reach out and say, ‘Don’t be.’”

Van Beek said Eagle County’s immigrant community is in an uproar over rumored ICE roundups that simply aren’t occurring. The rumor mill, he said, has been stoked by a recent traffic stop and arrest by ICE agents in Eagle and an attempt by ICE agents to arrest an undocumented resident convicted of a serious crime who was leaving Eagle County District Court.

He said photos of a pair of federal agents having lunch at the McDonald’s in the Avon Walmart blew up on social media, causing unjustified fears of an ICE roundup.

“Nothing’s changed. It’s exactly the same as it has been. Relax,” Van Beek said of the ICE rumors, reminding people local police are not enforcing federal immigration laws. “We’re encouraging people to contact us, especially as victims, because we’ve heard the same thing – that there are victims who are afraid to call us even though they’ve been victimized.”

Van Beek said his office is required to ask people where they are from and what their citizenship status is only if they are arrested and booked into the jail. That information is then shared with Homeland Security and ICE to see if they have any interest in an inmate.

But the sheriff added that ICE agents have told him they are still operating under Obama administration guidelines targeting only serious criminals for possible deportation. If ICE has an interest in someone, Van Beek said agents are notified upon release and can pick them up after they leave the jail.

“We do not detain them any longer than what the court says,” Van Beek said. “ICE is notified about everybody that comes into my jail. We don’t hold them on any ICE detainers.”

That process is the same as it was prior to the Trump administration’s intense focus on illegal immigration, Van Beek said, adding nothing has really changed since Jan. 20.

“I have not observed that,” Brown said. “I’ve heard more rumors and concern than actual presence of agents. We certainly have ongoing concern about people’s immigration status and if there were in fact heavy-handed measures in order to identify for the purposes of taking people into custody. But in it’s current form, right now, it’s more rumor than fact.”

But like Van Beek, Brown is worried those rumors could have a chilling effect on the investigation and prosecution of local crimes.

“We don’t want people who may feel that they could be targeted — whether or not they are in fact here lawfully — to not participate within the criminal justice system, particularly when they’re victims of crime, because if those people feel uncomfortable in coming to a courthouse, then we’re going to lose cases,” Brown said.

Van Beek said his department has been holding community outreach meetings at Colorado Mountain College and other locations to get the word out that local law enforcement has not changed its approach to immigration issues. Another meeting is scheduled for Saturday, April 1 at St. Mary’s Catholic Church in Eagle after the Spanish-speaking mass at 7 p.m.

Local attorney Inga Causey, who handles civil litigation and represents victims of domestic violence and sexual assault, has formed a committee called the Sanctuary Project to try to get support from local nonprofits and draft a resolution making Eagle County a sanctuary county.

The group is in its formative stages and has not yet approached the Eagle County commissioners with the idea.

“Our goal with creating this committee is to see who among nonprofits … would partner with us to visibly go before these towns and the county to show support for our immigrant population,” Causey said. “That wouldn’t solve everything, but hopefully if this population could see that their community supports them, it might mitigate some of the damage.”

Causey shares the concerns of Van Beek and Brown that an upswing in ICE enforcement, or even just a rumored increase, could hamper criminal investigations and prosecutions.

“Why I really want to do something more is that … I’ve represented victims of sexual and domestic violence for a long time, and I’m very concerned that this is going to result in a chilling effect on non-documented immigrants reporting crimes – sexual assaults, serious issues,” Causey said.

“And we won’t know,” she added “We have no way of determining whether they’re not being reported until well after the fact, maybe running statistical numbers and seeing if there’s a decrease in reporting.”

As for sanctuary county or city status, that’s a fraught issue that could endanger federal funds. Trump administration Attorney General Jeff Sessions on Monday threatened a crackdown on so-called sanctuary jurisdictions that refuse to cooperate with the feds on immigration issues.

“I don’t necessarily agree with all of the resolutions and the language of all of the resolutions, other than the fact to say, ‘Listen, I’m going to treat you in the exact same way that I treat anybody else, with dignity and respect and everything that you’re entitled to, whether you’re a visitor or a citizen,’” Van Beek said.

An ICE spokeswoman in the regional office in Denver did not return phone calls and emails requesting comment for this story.