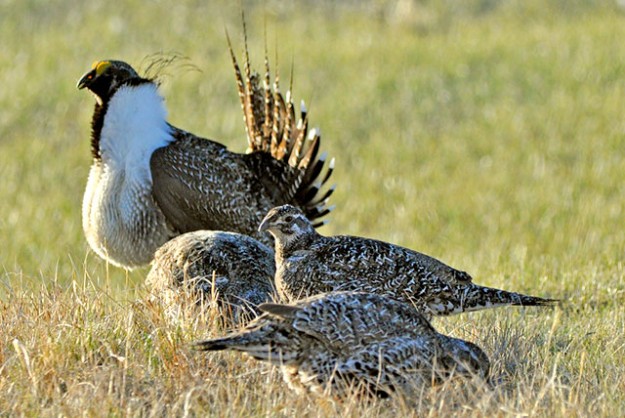 The heated rhetoric in recent years aimed at the federal government for its ownership and management of public lands in the West – a trend Colorado Gov. John Hickenlooper last week derided as “great sport” – has been picked up on the presidential campaign trail as well.

Both frontrunners for their party’s presidential nomination, Republican Donald Trump and Democrat Hillary Clinton, have taken what some critics consider fairly extreme positions on a topic that is vital to the economies of rural communities throughout the American West.

The ongoing push by conservatives in state legislatures across the West to take over control of vast swaths of U.S. Bureau of Land Management and U.S. Forest Service land within their borders came to the forefront during the Bundy militia standoff in Oregon that’s since ended with one death and multiple arrests. I explored the topic on Atlantic Media’s RouteFifty.com.

While the Bundy standoff at a federal wildlife reserve in Oregon was still going on, Trump completely contradicted himself in separate statements. Early in January, while campaigning in the Bundy’s home state of Nevada, Trump penned an op-ed for the Reno Gazette-Journal calling out the “draconian rule” of the BLM and the administration’s “land grab” in the West.

“The BLM controls over 85 percent of the land in Nevada,” Trump said. “In the rural areas, those who for decades have had access to public lands for ranching, mining, logging and energy development are forced to deal with arbitrary and capricious rules that are influenced by special interests that profit from the D.C. rule-making and who fill the campaign coffers of Washington politicians.”

Later that month in an interview with Field & Stream magazine, Trump demonstrated the pivot he says he’ll make once nominated by the GOP at its convention later this summer – singing a completely different tune for the conservation-minded magazine and rejecting state control.

Clinton, on the other hand, is fairly consistent with her message, and it’s one that states and industries looking to make more off resource extraction from public lands will not like. The states flat-out will never get control of federal lands, Clinton said last month while campaigning in Elko, Nevada.

And earlier in the month in New Hampshire, Clinton said ending fossil fuel extraction on public lands is a “done deal.” A campaign spokesman later clarified Clinton thinks the country should continue “on a long-term path to a future where there is no extraction of fossil fuels on public lands.

“President Obama’s policies have started us on that path, and Clinton supports the President’s actions. She believes that as America moves toward ending fossil fuel extraction on public lands, we should start with the most polluting sources, and we should in the meantime ensure taxpayers are getting a fair deal for current production.”

One of the animals viewed by some pro-industry advocates as a potentially massive hurdle to oil and gas production on public lands is the greater sage grouse. Colorado Gov. Hickenlooper, speaking last week at a two-day Western Governors’ Association ESA meeting in Denver praised a five-year negotiation that resulted in a plan to keep the bird off the Endangered Species List – a designation that would have hugely impacted industry on public lands.

In an article I wrote for The Colorado Statesman, Hickenlooper was quick to praise the federal officials who helped negotiate the deal, which nevertheless is still tied up in litigation.

“It’s become great sport to attack federal agencies and leaders, but [Interior Secretary] Sally Jewell stepped up, and she and her team put in so much time trying to get the sage grouse … to the right place where we could get everyone working together and really demonstrate that we could turn around the expectations on a specific species,” Hickenlooper said.

Vail-area state Sen. Kerry Donovan, a Democrat, has experienced that “great sport” first-hand with her bill this session to acknowledge the importance of conserving public lands for their wildlife habitat and economic benefits to the outdoor recreation industries.

Donovan’s Public Lands Day bill passed out of committee and then the full state Senate, but Conservation Colorado argued it was “polluted” by amendments from Republicans inserting language contrary to the spirt of the bill. The environmental group called for the bill to be fixed in the Democrat-controlled House.