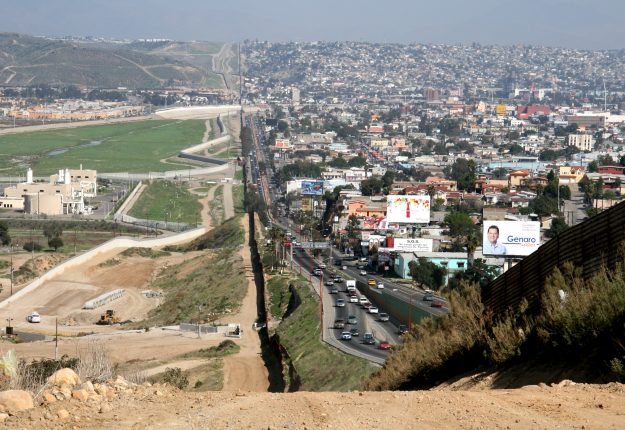 Commonsense and bipartisanship are two things seemingly in short supply in Congress these days, but Colorado lawmakers at least are trying to keep the focus on practical policy making when it comes to issues such as immigration reform and health care.

Immigrant labor has helped Colorado’s economy recover at a much faster rate than other states, according to experts, and the technology, agriculture and outdoor recreation and tourism industries want to make sure the supply of workers doesn’t get choked off by a Trump administration with decidedly anti-immigrant leanings.

I recently reported on those efforts in stories that ran in both the Greeley Tribune and Vail Daily, excerpts of which appear below. But before I get those stories, I also had the chance to interview our congressman for the Vail Valley, Boulder Democrat Jared Polis, who on Sunday announced he’s running for governor in 2018.

Here’s what Polis had to say about the concept of state-sponsored work visa program — an idea floated by Colorado Republican Rep. Ken Buck:

“In the absence of the federal government fixing our broken immigration system, something that I’ve fought very hard for in Congress, absolutely states should do what they can,” Polis said, “and if states can give [legal] status to people and assurance that they won’t be deporting law-abiding immigrants who are playing important roles that clarity could be helpful to those families and to others.

“It’s challenge,” Polis said, adding he has not talked to Buck about his bill yet. “Immigration is really fundamentally a federal issue. There’s nothing to stop a federal enforcement agent from deporting someone regardless of whether the state says they want them there or not.”

True, and I’ve written recently about the stepped up ICE enforcement at the Eagle County courthouse, where even misdemeanor offenders are being taken into federal custody — not just serious felons.

Here’s an excerpt from the piece I wrote for the Vail Daily on the push for work visa reform:

As Colorado and its ski-resort counties are experiencing record-low unemployment, the Trump administration is cracking down on immigrant labor and foreign work-visa programs, according to representatives from the state’s ski and tech industries.

“We’re all getting our heads around what’s likely to move in Washington and what may not move,” said Melanie Mills, president and CEO of Colorado Ski Country U.S.A., a trade group that represents 22 of Colorado’s ski areas.

“One thing that we’re optimistic about is there’s new legislation in Congress on H2-B. It pertains to the cap and allowing returning workers to come back under an H-2B visa in subsequent years and not count toward the cap.”

Go to the Vail Daily website to read the whole article. And here’s a excerpt from an article I wrote for the Greeley Tribune on Buck’s proposed state-based work visa bill:

Colorado Republican U.S. Rep. Ken Buck is working on the House version of a foreign guest-worker visa program its Senate sponsor admits will likely make them both “lightning rods” in the white-hot debate over imported labor.

But with Colorado’s unemployment rate at a best-in-the-nation low of 2.3 percent in April, Buck says it’s time for a common-sense work-visa program that provides some labor certainty for Colorado tech and agriculture companies.

“Overall, the immigration debate is driven in large measure by fear and not reality, and the reality in this situation is that we need a strong and vibrant workforce,” Buck told a recent gathering of the libertarian CATO Institute in Washington, D.C.

Sen. Ron Johnson, R-Wis., who already introduced the upper chamber version of the state sponsored Visa Pilot Program Act of 2017, called Buck the “hero of the moment” for agreeing to carry the House version, although it still has not been introduced.

Go to the Greeley Tribune website to read the whole article.