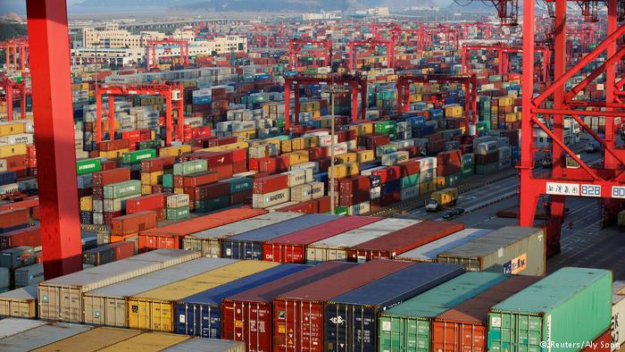 Here are couple of follow-ups to a RealVail.com article on the local impacts of President Donald Trump’s ongoing trade wars that was first published in the Vail Daily on Aug. 4 and re-posted with commentary on RealVail.com on Aug. 6.

First, there’s a bit of news hook on Monday, Aug. 27, with the very preliminary beginnings of a possible deal with Mexico to renegotiate some provisions of the North American Free Trade Agreement (NAFTA). The deal is reportedly far from comprehensive and still needs the approval of Congress and Canada, which is not currently even at the negotiating table.

So to say that Mexico has caved and NAFTA is about to be completely redone is like saying we don’t have to worry about North Korea’s nuclear program anymore. Still, there is some movement to report (more on Canada’s role shortly).

Second, if you’re looking for more local impacts of tariffs here in the Vail Valley, I just received the news that Nick Sargent, president of Snowsports Industries America will testify today (Monday, Aug. 27) to express his concern over the proposed U.S. tariffs on $200 billion worth of consumer goods from China.

“These tariffs will financially stress the Snow Sports Industry, namely manufacturers, retailers, consumers and the communities that rely upon it,” according to an SIA spokesman, who then sent this press release and call to action:

Take Action On The Tariffs

On July 10th, the Trump Administration released a new round of proposed tariffs on an additional $200 billion worth of US imports from China. The list of proposed products to face a potential 25 percent tariff includes sports bags, knit hats, safety helmets and ski gloves. SIA vigorously opposes this action as these tariffs will place undue financial stress on our manufacturers and the network of snow sports retailers and specialty shops across the country. We’re asking the U.S. Trade Representative to remove these products from the list.

Before a decision is made on the final list of products, the US Trade Representative has opened the process to public comments until Sept. 5. We now have a chance to weigh in and remove the products from the USTR list. Here are some ways you can help:

The specific products of concern are:

Submit a Concern to USTA

Read more about the tariffs

Lastly, as promised, here’s more on Canada’s role in all of this in the form of a letter to the editor from Stéphane Lessard, Consul General of Canada in Denver, responding to my original Vail Daily story. Anyone in the local construction business should take the time to read this:

LTE: The Trouble with Tariffs: Understanding the Dispute

In his August 4th article, “Trade wars, Trump tariffs starting to have ripple effects in Eagle County,” writer David O. Williams brought home to Vail Daily readers the real world impacts of one of the year’s most wide-ranging (and often misunderstood) stories: Tariffs and how the Trump Administration’s actions are being felt by real people locally and beyond. As Consul General of Canada in Colorado, I thank Mr. Williams for what was clearly a deeply researched and well-put together article. However, there is one section I’d like to elaborate on to present a fuller picture. 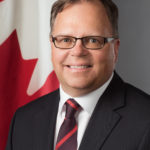 In a section discussing building costs, Mr. Williams categorized Canada’s softwood lumber industry as “deeply subsidized.” We reject that description. The story accurately reports the timeline of the U.S.-Canada softwood lumber dispute and that disagreements surrounding this issue stretch back long before our current Administrations. But where our differences arise is not from unfair subsidies but from the simple fact that we use two different systems of management.

In Canada, most timber is owned by the provincial governments, who in turn set the price to harvest lumber on government land by law at a single rate (called a stumpage fee). In the U.S., lumber is produced from privately-owned lands and the private market sets the price per stump.

The U.S. argues that Canada’s provincial stumpage fees are too low, harming U.S. producers. However, Canada has taken past U.S. actions on softwood lumber tariffs to the WTO several times and won every time. Canada has once again taken the current U.S. countervailing and anti-dumping duties to the WTO for resolution, and we are confident we will prevail again.  But in the meantime – as Mr. Williams noted – the negative effects on construction and on homebuyers are being felt in the Vail Valley, across Colorado and around the U.S.

The reality is that American lumber producers can only supply about 70% of U.S. domestic demand for lumber. American construction and other businesses need to import the remaining 30 percent. The net effect of the U.S. Administration’s duties, which are really import taxes, is to make these imports more expensive. These extra costs are passed onto homebuilders and ultimately to consumers.

The U.S. National Association of Home Builders (NAHB) estimates that these duties will ultimately lead to a loss of over 9,300 U.S. jobs this year alone. NAHB also identifies tariffs on Canadian lumber as the primary driver behind the $9,000 increase in the price of a typical family home. The only winners are U.S. lumber producers who benefit from the higher market prices.

Canada abides by its international commitments. We do not dump our lumber or other products into the U.S. or other markets, and we don’t unfairly subsidize their production. We are confident that a negotiated settlement to the current softwood lumber dispute is not only possible, but that it is in the best interests of both countries.