“My family’s prescription drug costs can sometimes exceed $650 per month – and that’s with good insurance coverage. While we are fortunate enough to afford the cost of the medications, we are also spending valuable dollars that could otherwise be going to our kid’s college funds or towards family vacations.” 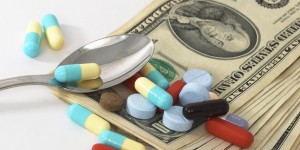 The Campaign for Sustainable Rx Pricing (CSRxP), a broad-based coalition of leaders from every sector in healthcare, launched a campaign in Colorado and nationally as part of a multi-million-dollar effort to hold Big Pharma accountable for the rising prices of prescription drugs. Because Big Pharma blocks competition to maintain monopolies on medicines, they can set any price they want.

That’s called price gouging – and that’s what this campaign will highlight.

The first in a series of nationwide advertisements, “PriceGougi$ol,” debuted today on broadcast and cable television that will run in Washington, DC and in the districts of key lawmakers around the country.Click here to watch “PriceGougi$ol.”

PriceGougi$ol, which will also run on digital outlets nationwide, highlights the issue of Big Pharma’s claims that high prescription drug prices are necessary to fund research and development.  The truth is, 9 out of 10 of the biggest drug manufacturers in the United States spend more on advertising than they do on R&D.[4]

Solving this crisis is a strong bipartisan priority.  As President Trump said in his first address to Congress, we need to “work to bring down the artificially high price of drugs – and bring them down immediately.” The campaign has outlined a series of market-based solutions that create more competition, more choices, and deliver open and honest pricing.  The coalition will continue to work with lawmakers in the coming weeks as Congressional attention turns to the UFA reauthorizations and recently-introduced legislation like the CREATES and FAST Generics Acts and drug prices will be front and center.

The campaign will include on-the-ground, grassroots initiatives in states across the country to help patients, doctors, nurses, pharmacists, businesses, and taxpayers who feel the consequences of rising drug prices every day.  They will tell their stories to the local media and their representatives in government.

“Out-of-control prescription drug prices hurt every American.  From the patients who need the medications and the consumers who pay higher and higher healthcare costs, to the businesses that are forced to choose between providing health benefits and creating new jobs, and the hardworking taxpayers who foot the bill for hundreds of billions of dollars every year,” said John Rother, Executive Director of CSRxP. “We need real solutions now.  Let’s work together to deliver market-based solutions that increase competition, create more choice, and ensure that open and honest prices are driven by the value that they bring to patients.”

The Campaign for Sustainable Rx Pricing (CSRxP) is a non-partisan coalition.