There’s no questions it’s been a challenging early season so far for Colorado’s ski industry, with balmy fall temperatures and a lack of precipitation. But that’s all changing this week with an Arctic blast dipping south and more ski areas set to come online.

Both Keystone and Copper Mountain opened with limited terrain on Friday, and Wolf Creek was open for weekend skiing. All three joined Arapahoe Basin and Loveland ski areas – typically the first to open in the state. 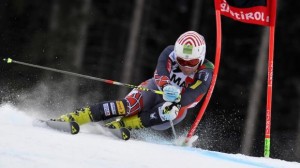 This week, Winter Park, originally scheduled to open on Wednesday, has pushed back opening day till Saturday. Breckenridge, which delayed its scheduled Nov. 7 opening, announced on Tuesday that it will open for the season on Friday.

Meteorologist Joel Gratz of Opensnow.com isn’t calling for huge additional snow totals this week, but any little bit – along with a plunge in temps – will help at this point. Gratz predicted 2 to 4 inches would fall Monday, followed by another 3 to 6 on Thursday and another 2 to 4 Saturday – all accompanied by colder temperatures more conducive to snowmaking.

That’s great news at Copper Mountain and on Vail’s Golden Peak, where U.S. Ski Team athletes are trying to get in early season training for upcoming World Cup races and the 2015 World Championships Feb. 2-15 at Beaver Creek.

The U.S. Ski Team named its alpine team for the coming season Saturday at Copper, where athletes have been training since Nov. 1. In seasons past, the Copper Mountain Speed Center offered top-to-bottom speed-event training. This early season has been very different.

“We’ve been very lucky in the past years,” giant slalom standout Tim Jitloff said at Copper on Friday. “The training facility we have at Copper has been fully open. We’ve been able to run full-length downhill and super-G. Unfortunately, this year Mother Nature had different ideas and that’s totally OK. That happens and we’ve got to roll with it.”

Jitloff, of Reno, Nev., is coming off a very promising season in which he tied a career World Cup personal best with a fifth in a GS at Alta Badia, Italy. He was also 15th in the GS at the Sochi Winter Olympics and finished in the points with a 26th-place result in the season-opening GS at Soelden, Austria, last month. He seems poised for a breakout season.

“We do have the training opportunities on the very top [at Copper Mountain],” Jitloff said. “We’re able to utilize that for slalom and giant slalom currently, and hopefully in the next few days as they’re able to make more snow we’ll be able to run super-G and downhill as well.”

Crews will also be looking to blast snow at Vail’s Golden Peak – a prime technical event (slalom, GS) training facility that typically opens to the U.S. Ski Team and other clubs prior to the public opening of Vail Mountain on Friday, Nov. 21. Beaver Creek is scheduled to open the day before Thanksgiving on Wednesday, Nov. 26.