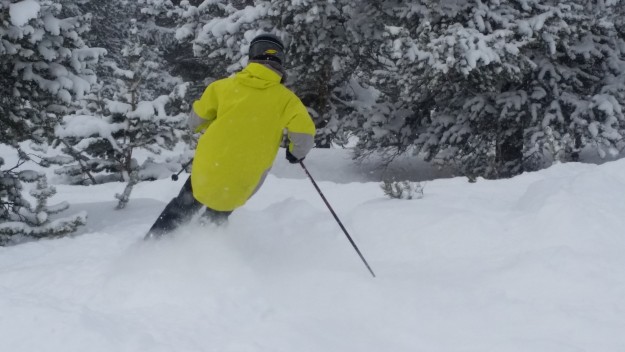 The snow was deep in Far Yonder at Vail on Tuesday.

With nearly a foot of new snow on Monday and Tuesday and more on the way this week and next, Vail opened more ski terrain and will crank up its lifts earlier in the morning starting Friday, Vail officials said on Wednesday.

“Throughout the day Tuesday and Wednesday, Vail Mountain opened additional terrain, including portions of Siberia Bowl,” Vail spokeswoman Sally Gunter said in an email. “The resort currently has more than 4,000 of skiable acres open, including 177 trails. On Friday, Vail Mountain will switch to its winter operating hours with a daily scheduled opening of 8:30 a.m.”

Ski conditions will improve with still more snow in the forecast for Wednesday night, according to Opensnow.com, and then next week’s forecast looks even better heading into the Christmas holiday.

“Another storm will bring snow to the northern mountains on Wednesday night, so Thursday morning should be the third fun morning in a row,” Opensnow’s Joel Gratz wrote on Wednesday. “Then we’ll dry out on Friday and Saturday, with snow returning on Sunday and likely continuing through Christmas with more than a foot next week for most mountains”