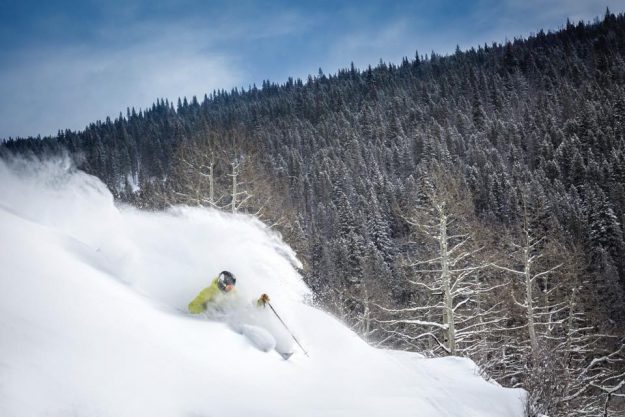 A month ago the Vail Valley snow-pack was a paltry 20 percent of the annual average, but after several weeks of consistent snowfall, the snow-pack is back to average and could go over that mark with a small snowstorm heading into the northern part of the state on Wednesday and a more productive storm on track for Christmas week.

Vail Mountain will likely enjoy a very white Christmas with the fresh storm heading in this coming weekend, and more snow could allow the vast majority of the mountain’s 5,289 skiable acres to be opened for snow riders. As of Tuesday, 26 of 31 lifts are running and 4,566 skiable acres are open.

:A weak storm should bring a few snowflakes and light accumulations to the northern mountains on Wednesday,” Opensnow.com meteorologist Joel Gratz wrote Tuesday. “Then a complicated series of storms should bring snow to Colorado from Friday through Sunday, but the details of the track and timing of this storm are still uncertain. It appears that most mountains should see fresh snow on Sunday, December 25th.”

More than 85 percent of Vail is open for early-season skiing, and nearly 80 percent of Beaver Creek is up and running after the majority of the mountain opened last weekend. All 24 lifts are operating at Beaver Creek, and 1,441 of 1,832 skiable acres are available as of Tuesday.

That’s a far cry from earlier in the month when Beaver Creek was forced to cancel its annual Birds of Prey World Cup races due to a lack of early-season snow. The World Cup ski season has moved on to Europe, with Eagle-Vail’s Mikaela Shiffrin still clinging to a five-point lead in the overall chase, but it will return to a much snowier Colorado in March.

That’s when both the men and the women will race in the World Cup Finals in Aspen — races that may determine the overall World Cup title for Shiffrin.