Other members of Colorado’s congressional delegation, from both sides of the aisle, also continued to weigh in on Monday, some criticizing President Donald Trump’s executive order and others supporting the order’s call for “extreme vetting.”

U.S. Rep. Scott Tipton, R-Cortez, who represents most of the state’s Western Slope and the western two-thirds of Eagle County, supports strengthening vetting procedures but is worried about visa and green-card holders. He issued the following statement on Monday:

“I support strong security vetting for anyone who wishes to enter the United States, regardless of their faith, so a temporary halt on accepting new immigrants and refugees from certain countries that are known hotbeds for terrorism while we strengthen our screening procedures is a reasonable action. However, I am concerned about the impact that the President’s executive order is having on individuals who have visas or green cards. Individuals who have already been vetted and granted visas or permanent resident status should not be impacted by the executive order, and putting them under the umbrella of this order’s reach – no matter where they come from – will further damage an already-flawed immigration system.”

“Last year, top national security advisors under the Obama Administration told Congress that they do not have the ability to verify the identities of refugees fleeing Syria for the United States. Until we have this ability, I do not think it is unreasonable to halt resettlement, however, the executive order needs to be clarified, as its impacts on law abiding visa and green card holders are unacceptable. We are a compassionate nation that continues to be built by immigrants, but unfortunately bad actors try to use our compassion to do harm. Government’s priority must be to keep Americans safe, and I believe that can be done while still maintaining a generous immigration system that ensures those who wish to harm Americans do not slip through the cracks.” 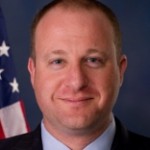 Tipton’s tone, not surprisingly, differed significantly from that of U.S. Rep. Jared Polis, D-Boulder, who represents the eastern third of Eagle County and sent out this statement late Friday:

“Turning our backs on some of the most vulnerable populations throughout the world because of their religion is contrary to our values, and will only serve to further divide us as a nation,” Polis said. “President Trump does not have the mandate for these extreme orders, and I will fight these harmful policies. These actions are highly disturbing, and they further underscore the need for both congressional Republicans and Democrats to come together and focus on fixing our broken immigration system in a practical and humane way.”

Other Colorado lawmakers were both critical and at least partially supportive of the order.

“The safety and security of America is a primary constitutional function of the federal government. President Trump’s recent Executive Order is consistent with H.R 4038, a bipartisan bill that passed the House in the last Congress and called for a temporary halt of refugees from nations torn apart by terrorism until the implementation of increased security and screening measures,” U.S. Rep. Doug Lamborn, R-Colorado Springs, wrote on Monday. 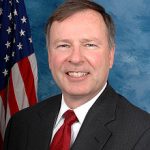 “By taking steps to temporarily stop refugee admittance from nations that are hotbeds of terrorist activity, the President is taking prudent action to ensure that his national security and law enforcement teams have the strategies and systems in place that they will need to protect and defend America.”

Trump’s order has sparked outrage around the globe, particularly from nations accepting refugees from war-torn Syria, which is now subject to an indefinite travel ban.

While supportive of the order’s intent, Rep. Lamborn was critical of its tone:

“While I do not support the broad, misinformed, and inflammatory criticisms of the Executive Order, it is important that the privileges of law-abiding Green Card holders are not abridged. I appreciate the White House Chief of Staff clarifying this point over the weekend,” Lamborn said, referring to confusion at airports that saw Green Card holders detained. Lamborn went on to point to visa restriction imposed on refugees by the Obama administration.

“Rather than being influenced by one-sided media narratives, it is important to remember that President Obama also implemented temporary refugee and visa restrictions for national security purposes,” Lamborn said. “Now is not a time for division fueled by dishonesty and partisan politics, now is a time for our nation to come together and work diligently to find lasting and sustainable solutions to the national security challenges of the 21st century.”

Colorado Sen. Cory Gardner, a Republican, sent out this statement on Sunday:

“While I am supportive of strengthening our screening processes and securing our borders, a blanket travel ban goes too far,” Gardner said. “I also believe that lawful residents of the United States should be permitted to enter the country. I urge the administration to take the appropriate steps to fix this overly broad executive order.”

“Refugees are fleeing the same violence and extremism that threatens our nation’s security and are more thoroughly vetted than any other group of people entering the United States. In addition, targeting certain religions and groups will undermine our counter-terrorism

efforts by stoking anti-West sentiment among ISIS followers and other extremists,” Bennet said.

“Instead, we should focus on addressing the security gaps in the Visa Waiver Program. We should implement a stronger strategy for countering ISIS propaganda in order to degrade its ability to radicalize and recruit. Finally, we should pass the 2013 immigration reform bill, which included measures to secure our borders and enhance interior enforcement,” Bennet added.