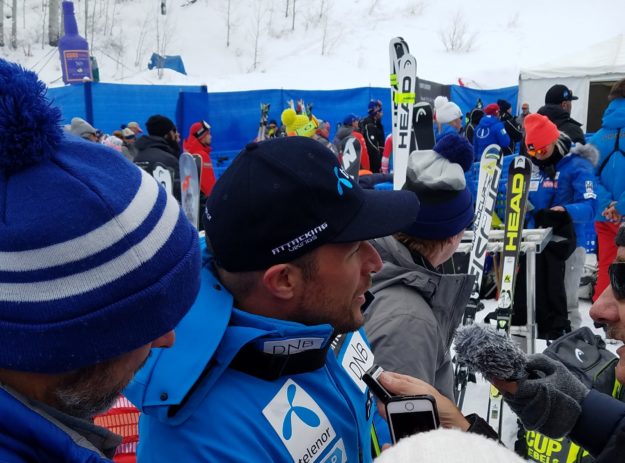 Norway’s Aksel Lund Svindal knows what it’s like to come back from injury to take on one of your favorite ski-racing venues. The Norwegian superstar suffered a terrible injury at Beaver Creek in 2007, only to come back and win twice on the Birds of Prey track in 2008.

So the four-time Olympic medalist totally understood Lindsey Vonn’s decision on Friday to return for one more World Cup season after a recent knee injury cost her the chance to race this weekend at Lake Louise, Canada, where she has won 18 times in her illustrious career.

Vonn had previously said this would be her last season, but a training crash tweaked a knee and caused her to miss this season’s Lake Louise speed races, where EagleVail’s Mikaela Shiffrin finished 9th on Friday. Vonn said she’ll return next year for a Lake Louise swansong.

“She has one target — that’s very obvious — and Lake Louise for her is a really good chance to get some victories,” Svindal said Friday at Beaver Creek, where he had just finished third in the Birds of Prey downhill. “She has this one thing that’s like a crazy driver for her.”

“I think it as awesome that we tied; it’s so cool,” Nyman said. “The Twin Towers, man. He’s my little, protégé, but he’s not so little.”

In fact, both American racers are among the tallest on the circuit, but Nyman, 36, is 10 years older than Bennett. Nyman, who’s stood on podiums (top 3) at Beaver Creek but never won on the Birds of Prey, has battled back from numerous injuries in recent years.

The Birds of Prey races, free and open to the public, continue on Saturday with the super-G scheduled for 11 a.m. Go the Vail Valley Foundation website for more details.