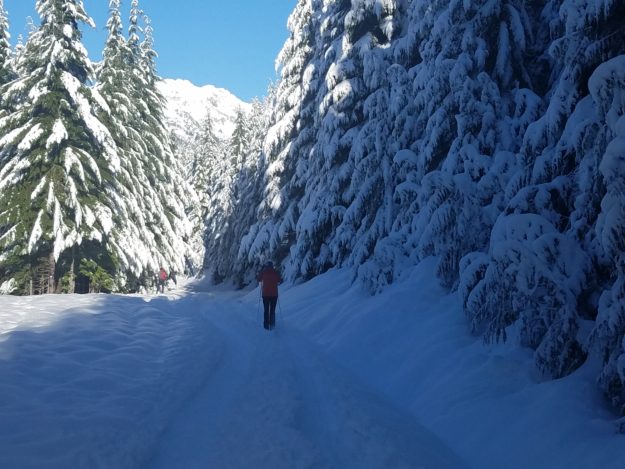 The Broncos are out of the playoffs (in fact were never really in them this season), the Colorado ski season has gotten off to an historically slow start, and yet life in the Vail Valley rolls on. What should we be looking to do this weekend and into the dog days of January during a very low-snow ski season?

First off, take some small degree of heart in the fact that there’s actually some new snow in the forecast.

“Snow will begin on Saturday late afternoon and continue through Sunday morning with most mountains in the 3-6 inch range and some spots getting close to double digits,” Opensnow.com meteorologist Joel Gratz wrote Friday morning.

“Sunday morning will be the best time to find powder,” Gratz added. “The second storm will bring snow from Tuesday night through Thursday night and I expect a chance for a legitimate powder day, perhaps next Thursday. After that, we’ll see dry weather for 5-ish days, then it appears that a stormier pattern will begin around January 18th.”

So that’s promising for the second half of this weekend and the second half of next week. But sounds like we’ll really need to get some significant snowfall in order to get the Back Bowls open for the first time this season. Reminds me of 2012.

Other stuff to do that’s skiing-related. Get psyched for the 2018 Pyeongchang Winter Olympics in a little over a month (Feb. 9-25). Not only will the competition be intense, but the political theater has been first class leading up to the Games, with President Donald Trump and North Korean leader Kim Jong-un trading middle-school insults as their stubby little fingers hover over their nuclear buttons. Terrifying … but fascinating. Guess that’s what you get when you elect a bad reality TV star the leader of the free world.

Will athletes like Vail’s Lindsey Vonn continue to pop off about Trump’s truculence? Will Vonn get back to her winning ways in time for the Olympics? Will anybody be able to beat EagleVail’s Mikaela Shiffrin, ever again? Will any American besides Ted Ligety have a shot at a men’s alpine medal next month?

Or will politics overshadow it all? I tried to answer that question with a piece on the politics of skiing and the Olympics on Rocky Mountain Post.

Meanwhile, Shiffrin, who won the 38th World Cup race of her career and seventh of the season on Wednesday, has a chance to pick up 39 and 40 with giant slalom and slalom races at Kranjska Gora, Slovenia, Saturday and Sunday. At just 22 years of age, Shiffrin is sixth on the all-time list and has a realistic shot at joining the very exclusive 40-win club in the next couple of weeks. Truly incredible.

As for those of us who prefer our turns less icy and far more powdery, looks like we’ll get something to soften the slopes this weekend.

It’s the first week of January, and so far the only real powder day I’ve had was up at Whistler last week, where the snow gods have been kind to the Great Northwest. We also got in a day up at Mount Baker in northern Washington. Hopefully we brought that weather pattern southeast with us. Stay tuned.